Horna is a Finnish black metal band formed in 1993. The band’s name has an interesting meaning; it means ‘abyss’ or ‘hell’ in Finnish and the reason behind this name was that it sounded harsh/powerful according to the guitarist/vocalist Shatraug. The band has released over thirty releases ever since they have been formed and they are back with their latest record “Hengen Tulet”.

One thing is certain about this album; it’s pure black metal to the ‘bone’! Considering the band has been active since 1993, they know how to deliver some great BM material even after all these years (which is a huge success compared to some BM bands that are around). Throughout the album, we get to experience that “straight-into-your-face” sound so don’t expect an atmospheric BM record; this album is all about fast,brutal and dark songs which also fit to the band’s name.

When I listen to the record deeply, I can’t help but also feel a little bit of “punk” sound, which got me attracted to the record even more. Some BM records can get a bit dull song after song but this album gets even more interesting when listened a few times; those harsh vocals become darker, the riffs become more melodic and that drumming reminds us once more of that ‘raw’ BM sound. In this sense, “Hengen Tulet” draws in the listener slowly but steadily, welcoming everyone to the brutal and harsh darkness! Hey, that’s what Black Metal is all about, right?

So what else is there to say? As a fan of the more melodic but raw side of BM, I really liked this record. It might sound just like any other BM record but believe me, the more you listen to it, the more you will get to like the record. Lovers of the old BM era will especially like this record more! My personal favorites are “Tämä Maailma Odottaa“ and “Sodan Roihu”. 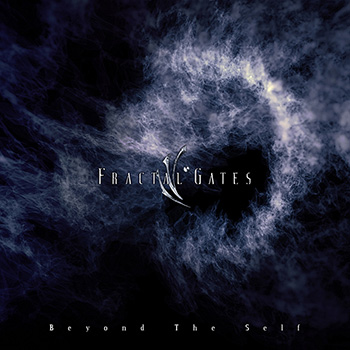 FRACTAL GATES ” Beyond the Self”