Hello, your new album Oi Magoi is out now and it sounds awesome. What can you tell us about it?
Theoharis (vocals, guitars): Thank you, we really appreciate this. Well, “Oi Magoi” is our second release so far. It was recorded in Lunatech Studios in Katerini, Greece, and mixed by Dim Douvras whose previous work includes Rotting Christ. Plus, we’ve worked with him before for various other projects so we knew we could trust him. Jens Bogren of Fascination Studios is responsible for the album’s mastering and we must admit he exceeded expectations. It’s a weird trip into the obscure world where prog rock, psychedelia and black metal meet. 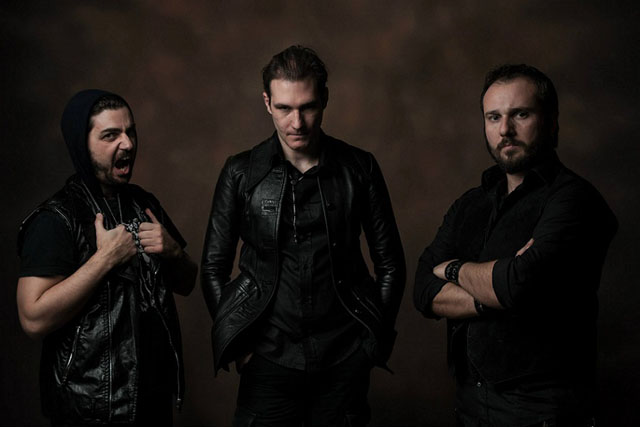 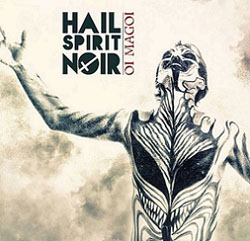 When I heard your album for the first time, I was amazed by all the tiny details in your music that gave to the atmosphere an certain almost lunatic touch (in a good way). Would you agree with me on this?
You just complimented us, thank you! I think you are pretty spot on. Creating a certain maniacal atmosphere that would take the listener by the hand into the bizarre was something we really like doing. It’s like we set out to scare anyone but this is what came naturally during the composing process. There was much experimenting with arrangements, sounds and patterns to achieve maximum effect and we are absolutely satisfied with the outcome. We are glad you picked it up, it means we did a good job. Details you mention are the result of rehearsing this, they there to spice things up and keep you interested and discovering even on your 20th listen.

What can you tell us about the lyrics of your album?
First of, the title is the Greek word for magicians. They are one of the many aspects of the album that grant it its identity. On the surface of things, what you have is essentially horror stories. Always with a twist and with an element of irony, if you will, to them. There is this underlying evil feeling going on. If you pay attention, though, you’ll find out they’re a bit more. On the first albums lyrics we concentrated a lot on the inherent evil, for lack of a better word, nature of man and how Black Spirit, be it the Devil or whatever you want to call it, is ever-present in our lives. Mind you, selfishness is not a bad thing per se, it is what makes us move forward and better ourselves. On this album, the focus is more on the selfish and deluded aspect of man and the foolish belief we hold dear thinking we will be around forever. But in the end, Time will prove to be the biggest joker of all, a nasty trick played on our backs while we strive to think we are unique whereas all our efforts are just smoke and mirrors.

From where do you get the inspiration for your music when it comes to the music and the lyrics?
There is no specific inspiration for our music, everything around us, books, movies, images of real-life, anything can be inspiring. When it comes to lyrics, t the inspiration is always the human nature. It is inexplicably impossible to make heads or tails of it and feeds my curiosity and leads to observations we find worthy of sharing and expressing. Always dressed in the guise of darkness and horror. 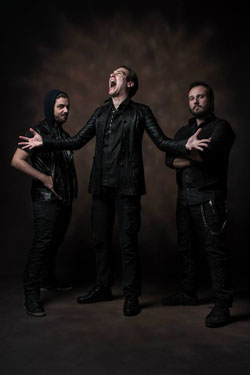 I must say that I didn’t heard about your band until this album. Can you speak about the history of the band so far? Since when do you exist, etc.?
The band was formed back in 2010, when Haris decided he wanted to do an album that would fuse prog rock of the 70s, black metal and the atmosphere of 60s/70s horror movies and see what he could come up with. When he had completed a couple of songs he presented to Dim and me and we realized we had something special and different in our hands. After a lot of tweaking and complete disregard of any sort of rules the result was our first album called “Pneuma”. Code666 was interested and released it in 2012. For the recordings, we employed the talents of Dimitris Dimitrakopoulos for the clean singing parts and Ioannis Giahoudis laid down the drum parts. The three of us are in Transcending Bizarre? as well so we are not strangers to each other’s way of going about things and that made it easy to play on each other’s strengths and add to them.

Greece seems to have a very open minded and progressive scene these days. Would you Agree with me on that?
It seems that way, yes. It’s not only the progressive scene though. There’s music of all kinds coming out of Greece nowadays. Maybe the crisis fuelled our inspiration.

Among other things, a member of your band participated on the new album of your fellow country men and label colleges Aeanon. How did it came to this collaboration?
We are good friends with the guys from Aenaon and they asked from Haris to participate in some songs. He listened to the new stuff, found it intriguing and went on with the co-operation.

Are you planning to do a video soon to promote your new album?
We just shot a video for the self-titled song of the album. I think turned out just like the record. Horrifying and creepy, it’s a bit like a movie. Manos G. of Universe217 directed it and we are really satisfied with the way it came out. Look for it by the end of this month, I’m sure you’ll enjoy it. 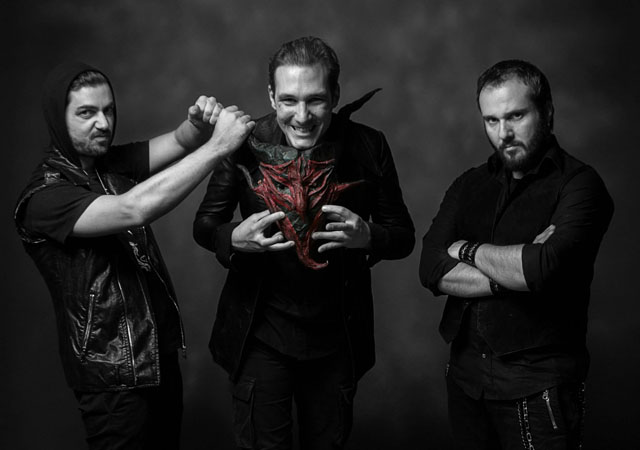 Are you a live band and if so, with whom did you play together so far?
Live shows have been a problem for us. Due to various commitments we were unable to promote Pneuma with live shows. One of our main goals with the new album is to get out there and give people a show worthy of both their money and one that that will translate the album;s aural experience to the visual successfully. We want it to be a performance that will leave an impression. We are putting the band together right now to start rehearsing and arranging all the little details that must be taken care of. A tour in the near future would be an awesome way to start, don’t you think?

Any last words?
Thank you for the interview and we hope your readers will enjoy the journey the magicians will take them on. The Spirit Noir is greeting you, just take a look in the mirror…