Hi! What`s up? You`re quite young band- first of all, typical question – how did the band form and why the name Grown Below? Did you have some other project in the past?
Hello! Yes, my brother and myself have had bands in the past for over 10 years now. Jolan played with us for quite some time as well. The ‘newest’ (if you can call him that) member is Johan. But he has been a part of the previous band as well (Timer). The four of us play together for more than three years and it feels like we have never been more a band than right now. We really play well together, the vibe is always there and the magic always comes when we play, you know? 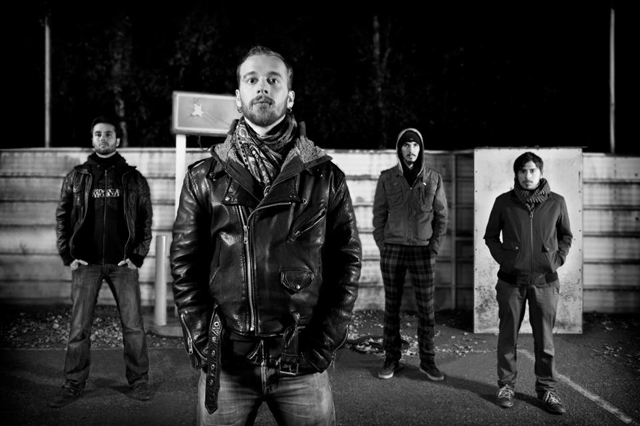 To someone who hasn’t heard your music how would you describe it?
I would’n start by namedropping, because it really gets old after a while and you may hear whatever you like in our music. I would say that it sounds like nature: silent, loud, catastrophic, raw, bleak, still, great and epic. 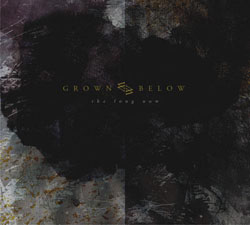 I would like to congratulate for a fantastic album. “The Long Now” is a masterpiece in my opinion. How has it been received by the fans and media?
We are very pleased with the acceptance of our debut album. It received very many positive words from critics and from people on the internet as well. We couldn’t ask for more. We even got some reviews that are so good and speak of a possible change in the metal genre and stuff like that. Also, we received a couple of top spots in lists of ‘best album in 2011’. What a great feeling is that!

You’re signed to Slow Burn Records. How did you end up with them?
Plain and simple: we sent a bunch of mails to a list of record labels with whom we wanted to cooperate. Then we got some mails back that rosters were full, that they’re ‘thinking about it and will get back to us…’ and a heap of rejections of course. But Slow Burn instantly replied very dry with: “Sounds good. Think we should make contract.” We were sold.

What’re your personal favourite tracks from the album? For “End Of All Time” is the one of the best post-metal songs I’ve ever heard…
Thank you. We all share the same love for the album, because it has been such a long way to the final result and on the way we stumbled on some major issues. I guess we all think ‘End of All Time’ and ‘The Long Now’ are the best tracks, but it’s a hard choice. ‘The Abyss’ has its strengths as well and ‘Devoid of Age’ is sometimes my favourite too, because it sounds heavy, brutal and at the same time breakable. ‘Trojan Horses’ is the song that we think the least of on the album, but it has some very cool pieces.

I know you’re doing lots of concerts in Belgium, but what about outside of the country? Is it possible to hear you live in other countries, maybe Poland?
It is not impossible of course. But easy is something else. There are always transportation costs and with the gear it’s not that easy. But it you pay for the tickets, we will think about it… 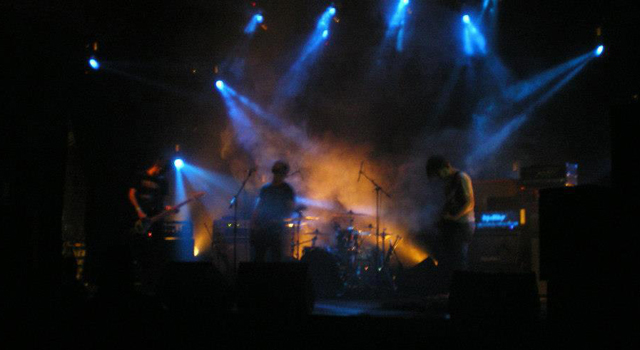 How big a role do the lyrics play for the band, and music? Your lyrics are quite dark, full of specific poetic, often full of phrases that seem to be out of context. What is the overall message? What do you want the listener to get out of Grown Below’s music? Could you say something about who has inspired you?
Well, thanks. They play a big part, because we always like to think conceptual and our music is perfect for that. I think it embodies the purpose of our band and music. If we didn’t work like this, we would play another style of music, I’m sure. The fact that they’re poetic, I think I’m the culprit there. I don’t know what you mean exactly by ‘out of context’, but my guess is that you mean some phrases are not easy to translate into a story. That’s just 1) how my mind works, I like words, the sounds, the meanings. I like to play with language. There are many layers in the lyrics, maybe some not so obvious. But it remains a personal thing, so I guess it’s hard to explain. And 2) Matthijs always sings some random words to the songs when he finishes them, and I pay attention to the sound of the words, the length and so on.

Who is the person you are talking to in “The Long Now”? It seems to be a quite personal song…
You probably know it evolves around the end of time and the creation of a big rip in the earth, that sucks every life form down to the core. The spirits that used to roam the earth (they who are devoid of age) will return and only the protagonist believes in them. In this last piece he reflects to the time where he warned everyone but no one would listen. He is in agony because of the loss of his woman. Therefore, he muses: “I wish it all away for you / I wish that I could stay for you / I wish that I could lay into / the words we all pray.”

Who speaks in the song “Devoid Of Age”? It’s hard to judge … Nature? Ghosts? Deity? Something else?
You are not far off… Like I mentioned in the previous question, they are creatures who once roamed the earth and every million years or so they try to take it again. They live outside the boundaries of time. 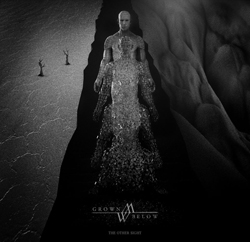 How much do you pay attention to what is going on in the post-metal scene in general nowadays? Have you any unknown diamonds which you could recommend?
We live and breathe music, but I for one am not that into metal altogether. So I don’t follow these things. Our drummer, Johan, is a real freak who knows almost every band, musician and album- or song titles. In general, we know our ‘classics’, but we are nowhere near narrow-minded. Of course I would like to grab this opportunity to mention some great in-or-near–the-genre bands that need recognition: Musth (post-metal/hardcore), Syndrome (ambient/drone) (Amenra side project), Cat Claw (stoner/psychedelic), Koyanistatsi (post-rock/psychedelic), Terraformer (instrumental post-rock/metal), MOTEK (post-rock/rock), Steak Number Eight (post-rock/post-metal), This Kid (hardcore/metal), Black Swarm (hardcore/metal), San Diablo (psychedelic/rock/stoner),…

What next do you have planned for the band? Could you tell something about new songs?
Yes – we are currently finishing the new songs to go into the studio this summer. The new album will be called ‘The Other Sight’, will contain four tracks and will be released on Slow Burn Records. You can listen/view some of them already on youtube (live). Hopefully it will also be released on vinyl, but we’re not sure on which label. We may even consider DIY, because, hey, we’re totally hipster.

Thanks for your time! Anything you’d like to add to conclude this interview?
Thank you! Nothing to add I’m afraid, except a big thank you.