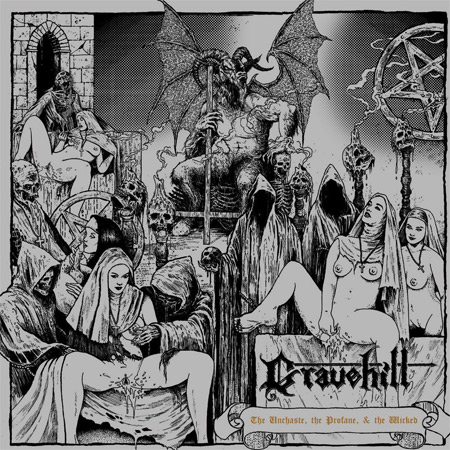 As announced by Dark Descent Records, a new full lenght of Gravehill will be released on March 16 called “The Unchaste, the Profane, & the Wicked”. The team shortly after, at the beginning of April, set off on the US tour with Impiety (as the headliner) and Divine Eve. Since the last full-length – “Death Curse” from 2014, there have been some human resource roles in Gravehill. The vocal duties of Mike Abominator were taken over by the current bassist – Corpse, and the support of a four-string player was taken by a former Gravehill guitarist – Bodybag Bob (ex-Exhumed). The empty seat on the guitarist’s chair was taken by Eldehelm (if he prefers – Lord Dying, former guitarist, among others, Ibex Throne).