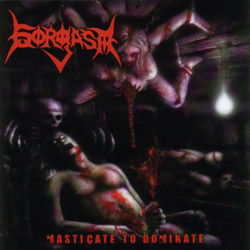 You became well-known in Europe after the “Masticate to Dominate” album. I also have learned about your band with that album. How was everything going for you in America and Europe before this album? How was the period after “Masticate to Dominate”?
I believe we always had a pretty strong presence in Europe before Masticate album ,we were getting much attention from previous releases like Stabwound Intercourse and Bleeding Profusely which also did very well and opened up many doors for the band. The period after Masticate was a bit crazy i would say there were a few line up changes but we still managed to stay pretty busy ,playing many crazy fests in US and overseas so we were pretty busy considering the changes.

You were working on a new album called “Destined to Violate” in 2006, but all of a sudden we were informed about the seperation of the band. Why were you seperated then?
Yes we were working on new material and released a two song promo Destined to Violate and Visceral Discharge ,it was a little preview of new stuff but unfortunately there were issues with keeping a solid line up that can travel quite a bit and we really just couldnt make things happen at the time.

In the second half of the previous year, when I heard that the band was reunited with new members by the original member Damien, I was very happy and I sure was very satisfied with your “Orgy of Murder” album, which is playing right now, in both sound and composition sense. What would you like to say about the reunion of the band and the process of the preparations of the album?
Its crazy how things happened to work out but we are all happy with the outcome of the album ,it is definitely the direction we wanted to push. I believe there is plenty of melodic points as well as mixture of classic Gorgasm riffing with enough twists and turns to keep it interesting and chaotic at same time.

Did you use the two songs, which were in your promo cd in 2006, in your new album?
We didnt use the promo material in new album cause we already had plenty of other ideas brewing and figured we will just play those songs live and focus on newer beasts.

When we look at the history of the band, we see that a lot of musicians have come and gone. Many numerous musicians like Dave Culross, Derek Hoffman, Russ Powell and more well-known in USA brutal death metal circle have taken part in Gorgasm. Why did so many musicians come and go?
Yes that is true we were always fortunate to have many killer musicians in the band,its hard to say why members come and go but its something that happens quite often in music business.

New band members have also taken part in some death metal bands before. Are they totally devoted musicians to Gorgasm now or do they still play in different bands? How come did you all get together for Gorgasm?
The current members have all played in known Death Metal bands and it worked out that we jammed together and the chemistry was there ,it just came together when we jammed and things are flowing pretty fast which is killer. 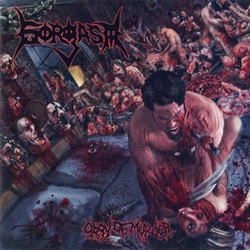 Years ago right after I had got your “Masticate to Dominate” album, I also got “Bleeding Profusely” album. There were specific differences between the two albums. The sound and riffs in Bleeding Profusely were clearer and apparent, whereas Masticate to Dominate was a more dirty sounded, dark and technical capacity far more superior album. How would you define those times and the albums to your fans?
There are definitely some differences with those albums ,when we recorded Bleeding Profusely we had no drummer and Dave Culross stepped in and recorded the drums for us. I would say the style of music and writing was not much different than Masticate but the recording was definitely a bit clearer. I think each album has some similarities but sound different which i personally enjoy .

Gorgasm is a band formed in 1994. Would you like to talk about the years between 1994 and 2001?
When we formed Gorgasm we were always pushing the limits for ourselves and at that time there were many classic Death metal bands which motivated and inspired us . Today its still the same we are always pushing to get crazier and still maintain our trademark standard ,We’re always going to keep the brutality which inspires us all

What I see as a feature for Gorgasm trademark used in your previous two full lengths was sharing the vocals with one bass guitarist and two guitarists. I call it triangle vocal share. In your last album, with Damien as a guitar vocal and Anthony a bass vocal, you are two vocals. Doesn’t your other guitarist Ryan have a way with vocals?
Haha yea we had the triple vocal assault in previous releases ,right now its me and Anthony sharing those duties but its actually working out really well ,we feed off each other and who knows ,next album might have Ryan bustin out vokills. 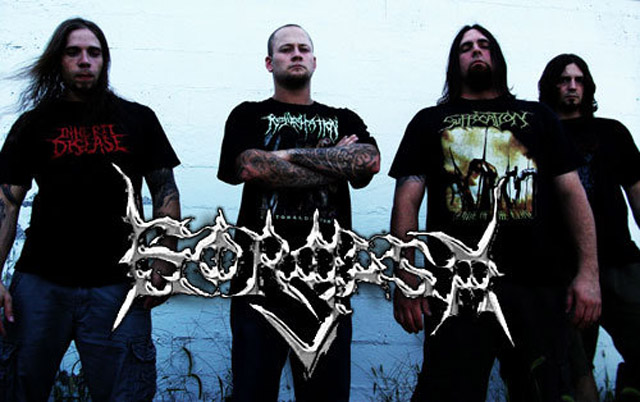 Gorgasm has always put a signature to songs which really pushed the limits of brutalism. An other feature of you is to add classic music influent riffs in some of your songs. For instance; we can see it in Exhibit of Repugnance in your last album. Do you like classical music?
We have always had many classical bits and melodies in our songs and its just something that comes out naturally ,we all like classical music and i feel manage to incorporate it without over doing it and making it sound repetitive.

Here is a must question since you are an old hand death metal head :). How did European death metal or European death metal bands in general influence you? Recently in Europe, many brutal death metal bands influenced by USA style have taken their place in market, what do you think about it? Quite a lot of USA style DM bands are present also in Turkey, for instance.
Well i grew up listening to many styles of metal ,i love the classics ofcourse. Im digin Cenotaph ,Catastrophe,Decimation,there is tons of good stuff coming out its killer! I believe there is many really brutal bands coming out from overseas.

In what ways did the composition works of Gorgasm develop in general? How do you prepare them? Is there always a riff master or the Captain America in the band ?
Riff master captain America haha ,well i will say that i have done the riffing on new album but as far as arrangments and lyrics go its a collaboration from us all we all have ideas we shoot back and forth and use them selectively.

Have you ever received severe reactions from ladies for your concepts? As for shooting the breeze, has any women organization or amazon clan ever busted your concert ? What are the comments of your girl friends? What is the most absurd comment you got?
Well yes reactions from women vary as to be expected but all in all its been really awesome ,i think women who have their shit together know what is reality haha
Ofcourse you might have one of them make a comment about how we are women bashers and etc. But in reality we are only entertaining ourselves and its something we enjoy doing. Gorgasm is about shocking and sick twisted sexual gore mixed with perverse subject matter i mean its in the name . I guess the biggest misconcetion and stupid comments would be that , we must be rapists cause of our subject matter .Its crazy!!!

What do you know about Turkey? Is there anything that you like or you know in Turkey?
Dont know much about Turkey but would really love to travel and play some shows ,i know there is a pretty sick scene down there. 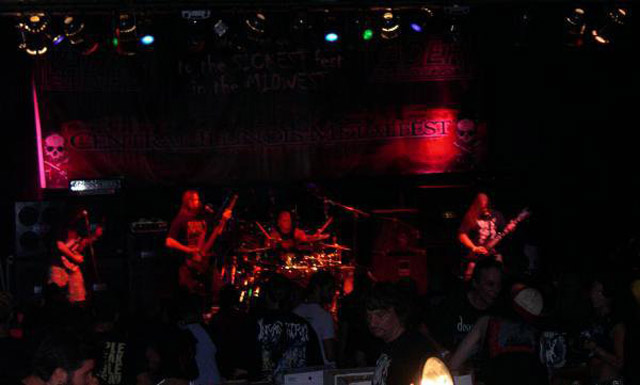 What are the tours or concerts you wil have for the promotion of your album in the coming days? Will you play anywhere outside the USA? Do you plan a Europe or another tour?
We will be doing a few Fests here in the US and in August are heading to Europe to do a full tour starting In Switzerland working through UK as well possible Russian dates as well. In december we are headlining the Bangkock ,Thailand Death Fest.Then most likely a US and Canada Tour.

How did you make an agreement with Brutal Bands? Are you satisfied with their work up to now? How did it go with the labels you worked before?
We have known Brutal Bands and we respect them as a label and have a really good working relationship so far. Other labels have been okay i would say,but we are very happy with Brutal Bands.

I would like to thank you for this interview in the name of Extreminal! Hope that everything will be better for you and the band! Do you finally have anything to say?
Hey man thank you for the interview as well ,im happy to do it and just want to say thanks to all our fans from Turkey for the support . We will see you guys there soon and it will be pure Insanity!!!