It has been about three and a half year since we had our last conversation. And in these years, you managed to release a Full-Lenght album, a dvd and Die Miserable album. First of all, I would like to congratulate you for your last album release and it’s good to get the oportunity to speak with you again.
Thanks man, we like to keep busy! Actually, I’m Vil. You probably spoke to Topon last time. But its nice to textually meet you.

What’s happening on the FTF’s side these days? You have just released your latest album and how are things going regarding that?
We are working on new material, needless to say its pretty exciting for us! It’s crazy to think that the first thing you do after releasing an album is start making another one. For us, Die Miserable is the end of a long process. We’re happy its done and now its time to share it with everybody!
We’ll be hitting the road in early 2012 with shows in Québec and Ontario and then back to Europe in March.

What was the reaction of your listeners towards Die Miserable? What were the first reactions?
I think they were good. Its hard to say really. We haven’t really toured since the release. TheReviews are good and so far I’v gotten good feedbacks from friends and fans, we’re happy. 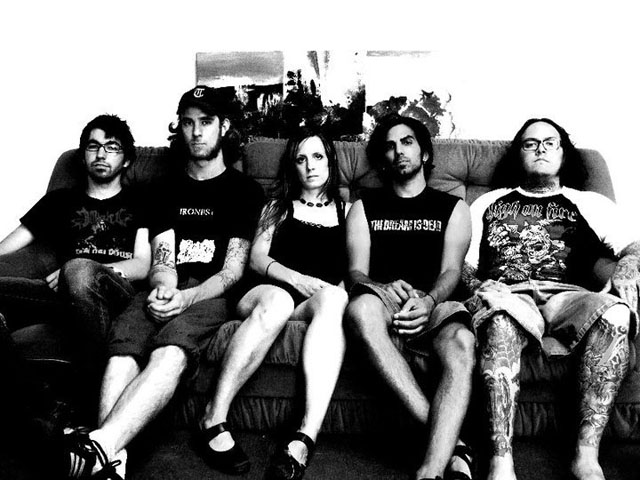 How did the recording and releasing process go ? What happened throughout that period?
We recorded everything at Topon’s mom. Just a bunch of kids in their parents basement.
We recorded for about 4 weeks at around 12 hours per day. Small basement, small rooms and listening to the same thing for hours equals you going crazy. It’s always exciting to see it come together but its a lot of work. We did the drums first and for the first time we used a click track. We then alternated between guitars and bass. My favourite part of recording is modifying a song while you’r recording it. Its part of the creative process, you really finish writing the song once its recorded.

I’m assuming you will be performing a lot in near future. Can you inform us about what tours you will be joining and where you will perform?
We’ll be playing a few dates around Québec and Ontario in early 2012. We’ll be hitting Kingston, St-Thomas, Hamilton, Montréal, Jonquière, St-Hyacinth and more.
Then we’ll be back in Europe in March for 4 weeks. We’ll start in Italy and make our way up to Scandinavia. All our dates are on our website, check’em out!

Alright lets talk about last 3,5 years. I suppose Disgorge Mexico album was a boom so that you relied on that one and even published a concert dvd regarding that album. Can you talk about those years and the events happened that time?
It was quite a different context as the one we’re in now. When we started recording Disgorge, we were a 3 piece. A lot of things had happened, we had toured our asses off for Stigmata High-Five and we were burned out. We lost people along the way… Me and Topon had 10 days to track everything, great idea! In the end it turned out great and we found new guys to share our music with.

Whose idea was the dvd? How did it progress? To put it simply it was a very successful dvd so that we enjoyed it as if we were watching the performance alive. We appreciate it a lot and I would like to send my thanks and respect to the director.
Topon had the idea of making a DVD for Disgorge so we started planning that stuff around our release show. I work in a bar that does a bunch of shows so we decided to do it there. We had some friends from Hamilton come down and film the show for us, lots of fun!
The movie is by David Hall and the live performance is from Nictophonia Films.
They did their stuff, we went down to Hamilton to see the work in progress and that was pretty much it. We recorded the audio ourself with the help of our bud Martin. I was somehow in charge of mixing the audio. 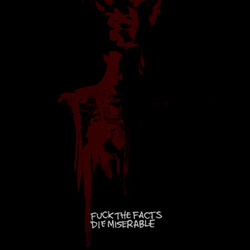 Regarding the latest album, We can see that you extended the songs and increased the hardness. In fact, I literally listened to an album which is completely dominated by Death Metal. What happened to Fuck the Facts ? Seriously what is the main reason for that change??
Bummed out eh? Death metal rules, that’s why.
That’s just how it ended up. There’s a lot more people involved in the writing of an FTF album then ever before. We probably were listening to Morbid Angel 5 times a day, we always have that one song that rips them off. I wouldn’t consider it a change but Death Metal is indeed more present in our music these days. I think you can see with the Misery EP that we wont start sounding like Six feet under any time soon…

Will you continue to make albums that are heavily dominated by Death Metal and hard, or will you plan your future according to your fans’ reactions?
Sorry fans but you’r definitely not involved in the creative process.
I think it would go against everything we stand for. The whole idea of this band is that there’s no boundaries. People will love and hate our music, no matter what. We give each idea a chance and that’s pretty much it. We’d go completely berserk playing the same shit over and over.

You have spent 10 years in the market. Can you tell us about the 2 events you have ever lived in this timeline which are the most impressive and most ridiculus?
Damn.
I always have such a hard time remembering stuff.
The first time we went to Europe we played on this big ass boat in Amsterdam. The place sounded like shit, it’s a freaking venue made out of steel. The show was ok but the after party was awesome! They had to force the bar tender out of the bar, we drank every little drop of alcohol we had. Take notes kids!
I still can’t figure out why Scion (Owned by fucking Toyota) flew us twice to play shows in L.A., it’s just doesn’t seem right. We play shitty basements and we love it. Just the idea of taking a plane to play one freaking show, it blows my mind. Can you imagine dozens of metal bands staying in the same hotel? Dudes would hang out and pass out in the main lobby while listening to fucking Slayer.

Well than, I wish best of luck to you and I hope you achive great success with your last album. By the way, we really would like to see you performing near here. By than, take care.
We’d love to do that!!!!! One day my friend, one day!

LEVIATHAN ''Beyond the Gates of Imagination''