Every undergorund metalhead shall heard these Canadian hyper guys from somewhere.Ladies and Gentelman please wellcome to Fuck the Facts. And Here is Tapon Das from FTF and FTF Intie with his answers. Let’s read and read 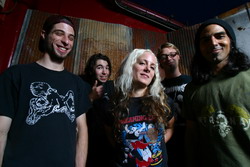 How can you describe Fuck The Facts,it’s music and begining of it?
You know when you hear a joke and it seems really funny at first but then the more you say it the less funny it gets, that’s pretty much Fuck The Facts. It’s a funny joke that gets less and less funny the more you hear it. It’s like paying your plumber twice as much as he asked for just so he gets out of your house quicker.

You started as a one person project in ’97 and and made first record as a tape which named Fuck the Facts, may you tell us about this record and first years of Fuck the Facts?
If you own this tape and haven’t taped over it, or thrown it out yet, congratulations. You have a tolerance for crap.

And you recorded a split with S.M.E.S. and your second and third record and you started developing a name in the underground with grind and noise fans worldwide. Can you say something about this times and what comments had have from listeners?
Hold on I think my toast is burning. I’ll be right back… 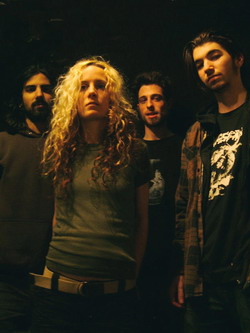 In 2000 the first full length CD “Discoing The Dead” was recorded and released by Black Hole Productions. What do you tell us about this album and how’s the feedbacks and listeners’ reacts?
I got 11 death threats, 6 bouquets of roses and a membership to the YMCA. It would call this a great success.

In 2001 you deicided to be a full band and new mambers entered to the band. How did you pass this assembling time? What hapend in that time?
I run a shelter for homeless people in my spare time. Sometimes I give the most mentally disturbed a instrument of some sort just so I can laugh. Sometimes I record these sessions, release them and make enough money to pay for my lunch.

In the fall of 2001 recorded your 2nd full length “Mullet Fever” and than Brent left the band and Mel Mongeon(super girl) entered into band. What change hapened after Entering of Mel and what do you want to say about Brent’s left?
I don’t know why Brent left, he seems bored as fuck now. Maybe we’ll get him back in the band and let super girl continue fighting crime and saving the planets from various super villains (for example: Threat Signal)

In ’02 the band didn’t stop and started to recorded next full lenght which named Backstabber Etiquette. I think the band had a new wave in this album. Can you tell us something about this album process?
From the sounds of it, we took a bunch of broken death metal demo tapes and put them into a blender.

By the way, the band performed in a festivals and concerts. Especially in August ’03 you toured your US tour with Malefaction and Feeble Minded and How passed that tour? And how was the reacts and feedbacks about you?
I think the tour with Feeble Minded was the best we ever did. I got many great Facebook comments about it.

In ’03 you lived an line up change again. Tim left the band and Dave Menard joined the band. What kind of changes the band lived? What kind of advantages or disadvantages Dave provided to the band?
I lived them all baby, I lived them all. Dave could actually play guitar, so that came in handy. He also had a really nice dog named Jumpy. 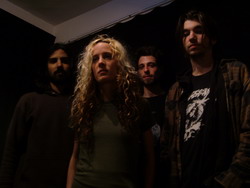 I should point out that FTF is the band have released many more split records in the earth 🙂 and in ’04 you recorded a complation which has all of your splits into. And why did you record these many more splits? Is it an advertisement strategy or other?
It’s all about advertising. We’re trying to market our name to Nike, like the “swoosh” thing. The slogan will be “The fact is you fucking suck, fuck the facts, buy some shoes.”

After the complaiton you lived a replacement was quickly found in drummer Tim Olsen and at the same time the band enlisted bassist Marc-Andre Mongeon. Can you tell something about this replacement? And Why did you need this replacement?
Dudes left, so you get other dudes. Marc just showed up one day and started playing, no one had the heart to tell him it wasn’t a bass he was playing. He spent over a year chewing on old newspapers 2 or 3 times a week.

After this replacement you relaesed a new EP which named Hopelessness. And the recording was released in Europe through Privileged To Fail Records on a split CD with Narcosis, Midget Parade and Archer. Let’s talk about this record what do you think about this split? Was it good for advetised in European markets? Do you think it created a good action in Europe?
Europeans will by anything as long as it has a cool looking skull on the front cover. We learned this the hard way and put the skull on back. Europeans are too lazy to turn a CD around. We could see this coming so we named the EP “Hopelessness”. The CD is actually blank as well, cause we never got our recording advance.

By spring ’05, the regular shows and touring proved to be too much for Dave and Marc. So it was decided that it would be best for them to step down before a summer of touring would begin. And a Replacement has seen on the road. What do you say about this situation and what do you say about your new members Mathieu Vilandré (guitar) and Steve Chartier (bass)who with only a couple of weeks of practise hit the stage again?
I just hate everyone. They’re all pricks.

And what do you think about these member changing? Is that changed your line or add new good action in your band in structural meaning?
Both Vil and Steve are well built with strong legs and wide arms, this help our structure a great deal. 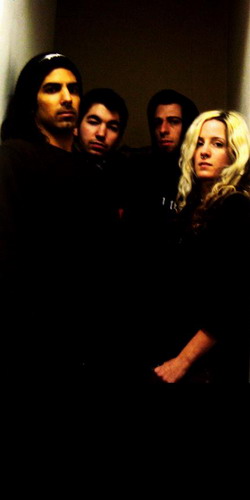 In’ 06 you entered the studio and recorded your last full lenght Stigmata High-Five and released by Relapse Records. Can you tell us something about album process, released process and what comments you had have from listeners,press and labels?
This was the big time, we recorded the album in a sock factory which is why the album comes packaged in tube socks and sounds so warm and fuzzy. I also started dating Paris Hilton at this time, so that was not good press.

You play with some well-known European band in tours who named Emeth and Regugitate. How was the playing with these bands?
I don’t remember touring with those bands.

And you were on tour with Psyopus. How was the playing with this band whose well-known band in grindcore? I think it might be enjoyfull for you 🙂
The singer was the only one that made it past the border, so he would go on stage and spend the whole set prank phone calling Dying Fetus and Job For A Cowboy. It was funny.

And we’re coming to last questions 🙂 . And you pass 11 year with FTF what do you think about this? Did you make something in ’07 for celebrated 10Th anniversary?
I’d like to try and forget it’s been that long.

What will you wanna do in near future as a band? Do you have any plans to make a European tour or something about the other?
We will tour Europe one day. We also plan on working on a new CD that will be all motivational music to help pigs fly.

Do you have any works or record something for new album? Any release date you have in your mind?
We’re finishing up our new album “Disgorge Mexico” now. It’ll be out sometime in 2008.

Will you make some changes and new things in your sound should we expect for new record and songs?
No.

And the last question 🙂 What do you want tell Turkish music fans about your band and music?
Yep, Bye.