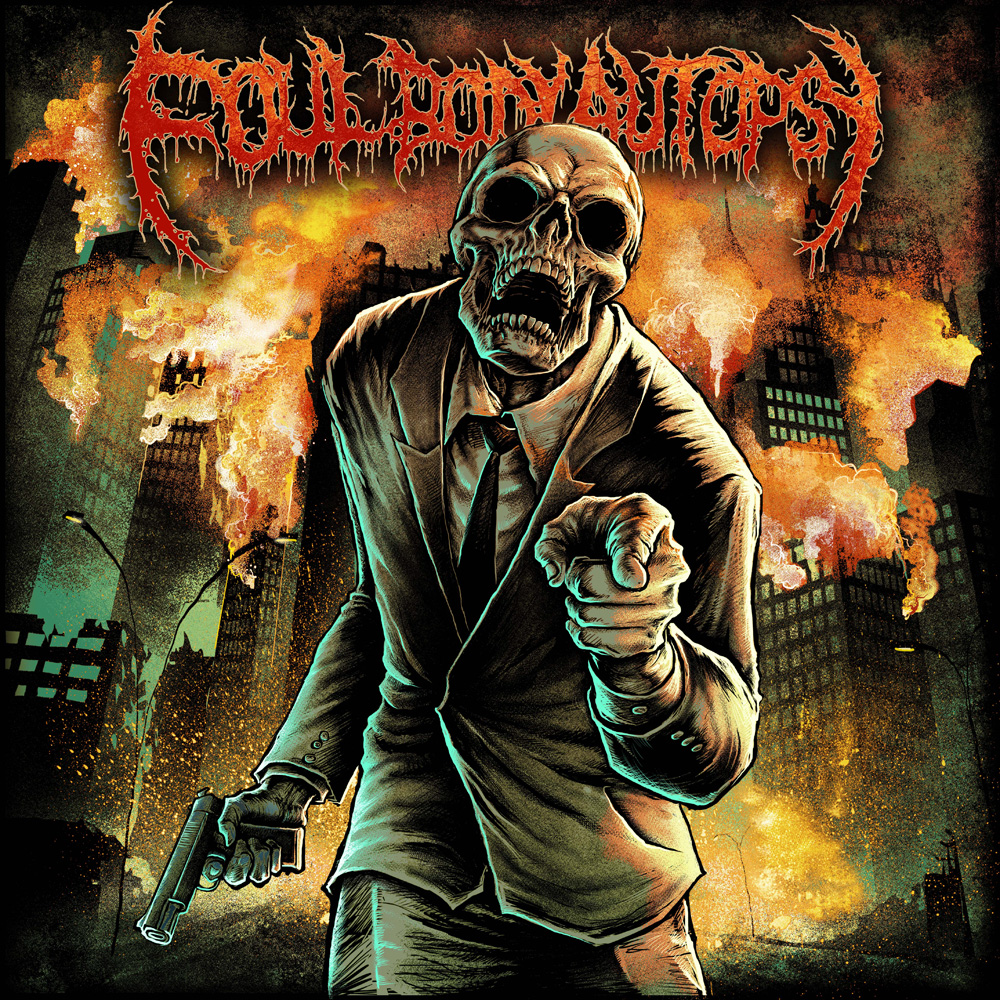 One man UK extreme metal wrecking machine Tom Reynolds has been making quite a name for himself of late with his incessant live appearances up and down the UK and knack for marrying a plethora of extreme metal sounds into one. Now having completed his next Foul Body Autopsy record, an EP entitled Perpetuated By Greed, like all its predecessors Tom has a message to deliver, and again, just like its predecessors, the message is as subtle as a JCB driving up a village main street. In his own words, “The concept behind the new Foul Body Autopsy record is… Everything Is Completely Fucked!”.
Recorded at The Parlour Recording Studio (Napalm Death, Dimmu Borgir, Evile) with producer Neil Haynes and featuring cover art from Coki Greenway, Perpetuated By Greed delves into environmental issues, and subjects on a broader scale in comparison to So Close To Dehumanization. The record features six tracks of blistering blackened death grind extreme metal, fast drumming, growls and pinpoint guitarwork.
Track Listing
1. Perpetuated By Greed
2. Enslaved The Rest Of Creation
3. Chewed Up By The Machine
4. Destabilized Perception
5. Devoid Of Humanity
6. Complete Environmental Collapse