Hi Fjorgynn, congratulations about your album “Legions of the north”. What can you tell us about it?
I’m just glad that is finally out for people to listen! After years of the creative process, it’s always a good feeling to have it all done and out, so you can start thinking on ideas for the next album. 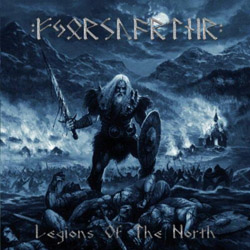 You did this album entirely on your own (composing, written, design, producing, engineering and mixing). Wasn’t that a bit too much for you?
No. When there are no deadlines or anything, I just took it day by day, till I had a final result I could approve.

Why did you decide to do that all on your own?
I think it’s a lot easier this way. No one to complain about anything, no stupid arguments about anything, and no one to tell you what to do, and what not to do.

I would say that your album is a mix of Emperor-In the Nightside eclipse, Falkenbach-En their medh riki fara and also some Windir elements. Would you agree with me?
I don’t know the Falkenbach album you relate to. But yes the others indeed. People usually tell me it’s a combination of Bathory, Dissection and emperor. 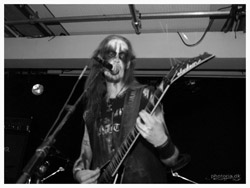 What music influenced the music of Fjorsvartnir?
Hmm, good question. I listen a lot to old school black metal. But also new stuff, thrash and death metal must have influenced me. Most riff come while jamming in rehearsal room, or when I have one of these ‘creative’ days.

Could you tell us how you started?
Not sure if I even remember it. But I made 4 songs doing 1 night, went to the rehearsal room and recorded them. Then I let some people listen to it, and I was told it was actually pretty cool. So then I figured out I maybe should do something more serious about it! So I made some more songs, and started the recordings of the first demo/album ‘A Praise To My Ancestors Preponderance’.

You play also live with Fjorsvartnir. How does your guest musicians feel about your music and do they stand behind it?
Hopefully they like it? Otherwise it would be a complete waste of their time! 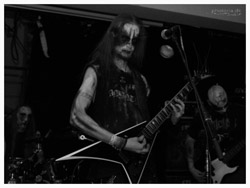 Isn’t it hard to be some kind of lone wolf?
Naa, not really. I play in other bands as well, and we rehearse the Fjorsvartnir setlist 2-3 times a month, so that’s just fine!

Will you go on tour now?
We play a lot in Denmark, but unfortunately we haven’t been outside Denmark yet. I a tour shows up, whether it’s as support or headliners, we will surely say yes!

Any last words for our readers?
Thanks for reading this, and listening to Fjorsvartnir! I’m looking forward to let you all hear the new songs for next album, once it has been recorded and released! And hopefully I will see you out on the road, when gigs around the world some day should come!

Vision of Disorder - Set To Fail