Hey! First of all, we met you with the name: Erythrocyte before, and then you guys changed it to Fire and Forget. What’s the story behind that name?
Erythrocyte was too hard to pronounce, too hard to write. People knew us in different names. Besides this we want to renew our band and make more successful projects. In fine, a start fresh. As you know, we use war themes in our music, so the name of a missile, Fire and Forget, fit us well. That’s the story. 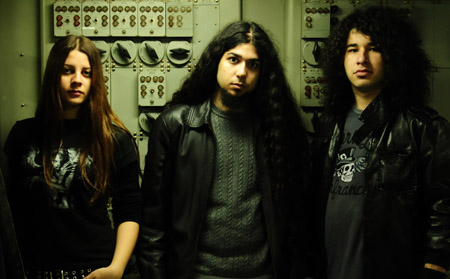 Band released a concept album with a new name. Can we say, it’s a beginning?
Of course it is. It’s our first record and it’s just a beginning. We will make more successful projects in the future.When we look at your previous works, you have particular line through your songs and your album. Wars, injustices, negation… In this record, you have America – Iraq war concept and especially 8 year old Iraqi girl, Elif told the whole story; invasion of their house, her mother’s dead etc. 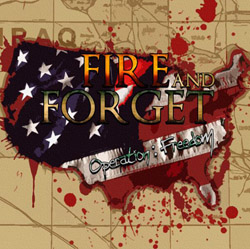 How did this idea came? The story between songs, is it a theme that you specially generate?
The main idea of Operation: Freedom was a concept which contains more agressive thoughts and the distinct parts. The theme in the album particularly created and it was the hardest part. This war annoyed us so we created this theme as a reaction.

How did lyrics came? Are they personal or created by the whole band? –
Band created that concept, all members contributed to theme. In this process some part of the lyrics and the song names spontaneously came. Then Hande and Şenol arranged the lyrics. 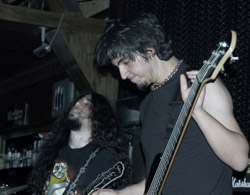 Now, some circumstances changed and with the improvement of technology, a lot of local bands have music videos. Are you planning that? If you, which song you will choose?
Soon, we are gonna start the process of our first music video to the song: Home Bloody Home.

You define your music as "Death/Thrash" Metal. There are a lot of local bands in Turkey in the same kind. Do you believe that you can find your own way between
these bands? Have you got a fear about it?
We belive Operation: Freedom is totally individual preoject. Reactions about our album is great! We never feel that fear because we believe ourselves and love that work.

Can we learn your thoughts about the festivals and concerts in our counrty, latterly?
They are really great and exiciting events. We can easily reach world’s biggest bands. Also, local bands can reach more people through these organizations. 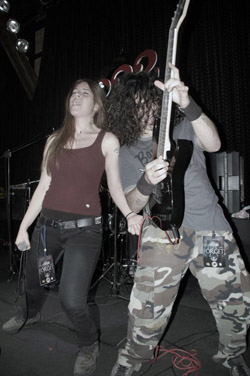 Personally, I would like to see you in Unirock. Can we learn your gig dates?
We want to perform at Unirock too, but we can’t say anything in this period. Nowadays we are working on our Turkey tour.You check the details on our myspace adress, soon.

You performed many shows in İzmir before. From that point with your new line-up, new name and new album we hope to see you on stage more. Have you got some special shows for your fans?
Yes we have, and it’s a suprise. You will see!

Have you got dreams about concerts in foreign countries? Or, let me ask you a fantastic question. You sold 10.000 albums and you got a call from ….. ….. festival Fill in the blanks with the festival you want to perform at.
Yes, we have got dreams about that concerts, we really want to be in foreign organizations. And if we sold 10.000 albums, we will definitely fill those blanks with Wacken.

What are you thinking about internet? It has got negative and positive points for the bands but do you like that virtual world?
Of course we use internet, reach as many people possible, it’s a big opportunity for bands. Also we never get a bad reaction about that. 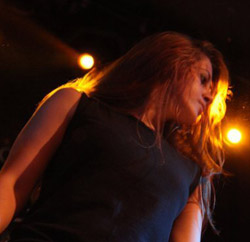 Equipments you use:
My throat and my diaphragm. No other equipments.
Favorite bands:
Arch Enemy, Six Feet Under, Kataklysm, Blood Bath and Lamb Of God.
Favorite albums of your life:
Pentagram – Bir
Favorite musicians:
Angela Gossow
Favorite drink:
Beer and tequila
Favorite meal:
Fries
Concert of your life that you never forget:
Arch Enemy – Unirock 2009
Which band you want to share the same stage with (Honestly, I really want to see you with Angela Gossow on the same stage):
I really want to share the same stage with her too. I want this for Kataklysm and Lamb Of God too.
The first album you have ever own:
I don’t remember.
The biggest phantasy with Fire and Forget (I imagined for you, like Wacken..):
Of course, Wacken. 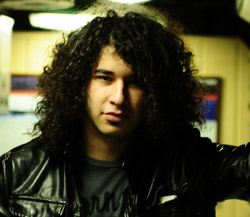 Equipments you use:
Gibson SG Raw Power (2009)
ESP M-II Deluxe (1986)
Boss Metal Core
Marshall Amps
Favorite bands:
Metallica, Iron Maiden, King Diamond, Mercyful Fate, Slayer, Six Feet Under, Megadeth, Black Sabbath, Firewind, Ac/DC, Blue Öyster Cult, The Eagles, Led Zeppelin etc.
Favorite albums of your life:
Iron Maiden – A Matter of Life and Death
Favorite musicians:
Dave Murray
Favorite drink:
Raki
Favorite meal:
Everything about chickens!
Concert of your life that you never forget :
I can never forget our Six Feet Under – Shadow of the Reaper performance at III. International İzmir Rock Fest.
Which band you want to share the same stage with :
I really want to play Hotel California with Eagles
The first album you have ever own :
Metallica – Ride the Lightning
The biggest phantasy with Fire and Forget :
My biggest phantasy is performing Operation: Freedom album in Iraq with the people who inspired us. 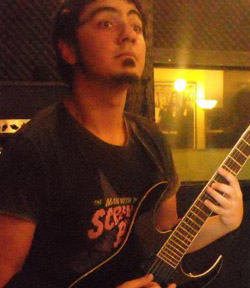 Equipments you use:
Dean Razorback
Gibson Les Paul
Fernandes 5-string Bass
MXR Fullbore Metal Processor
Boss ME Bass Processor
Favorite bands:
Hatesphere – The Haunted
Favorite albums of your life:
The Haunted – Made Me Do It
Favorite musicians:
Chuck Schuldiner, Fred Durst, Jeff Loomis
Favorite drink:
Sugar free coffee
Favorite meal:
Yuvalama
Concert of your life that you never forget:
I forget the date but a Toto Live concert with The Trusted.
Which band you want to share the same stage with:
If she go on stage with Angela, I don’t want nothing more. Except that I want to share the same organization with The Haunted.
The first album you have ever own:
Hypocrisy – Hypocrisy
The biggest phantasywith Fire and Forget:
Releasing 5th album. 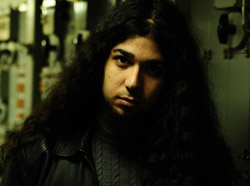 Equipments you use:
Epiphone Prophecy Les Paul Custom Digitech Metal Master
Favorite bands:
A lot.
Favorite albums of your life:
In Flames – Whoracle, Megadeth – Rust In Peace, Metallica – Ride the Lightning
Favorite musicians:
Björn Gelotte, James Hetfield
Favorite drink:
Beer
Favorite meal:
Turkish Ravioli
Concert of your life that you never forget:
2008 Unirock
Which band you want to share the same stage with:
Arch Enemy
The first album you have ever own:
Metallica – Ride The Lightning
The biggest phantasywith Fire and Forget:
Wacken

Thanks for your decent answers. Can I take your last words for the people that know nothing about you?
Thank you so much for that opportunity, too. We are resuming our musical life as a family, not like a band. Our projects reflect this situation, we guess. We will always have that excitement of our new projects’s to our fans, for our lifetimes. Stay Metal!