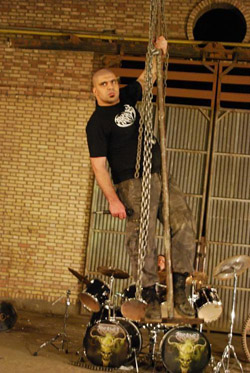 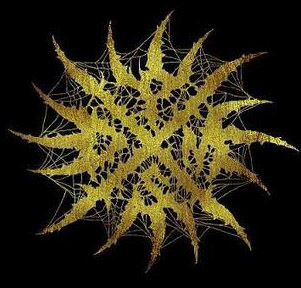 You are in a connection with the death metal foundations in other countries; For both sides, how does it affect on sharing your own music?
Due to the fact that METAL HAS NO BOUNDARIES I also try to making contact with other death metal militias or chapters from all around the world to represent our death metal by sharing our musics and news about our death metal bands and scene together ,in fact we are from one family which is called Metal .
Also one of the Death Metal chapters that I have connection with is from your side is called Turkey Death Metal (TRDM ) and the creator is Batu Cetin the vocalist of Cenotaph the most sickest and oldest death metal band from Turkey .

For the newly death metal bands in your country, your presence must be a great importance. Do you have any specific standards for them to be on your side?
With no doubt ,I just want ‘em to be fucking professional in their progress and represent awesome and pervasive music with no simple tunes shit and exactly must be an active band without splitting or holding up, then I support ‘em with pleasure .

As the Extreminal team thank you for interviewing with us. Finally is there anything for you to say?
First i thank you guys so much too for your interview and your brutal support and then many thanks for the bands and chapters and militias and musicians and peoples who supports PSDM/IRDM and Iranian death metal scene officially ,much appreciate.
Cheers