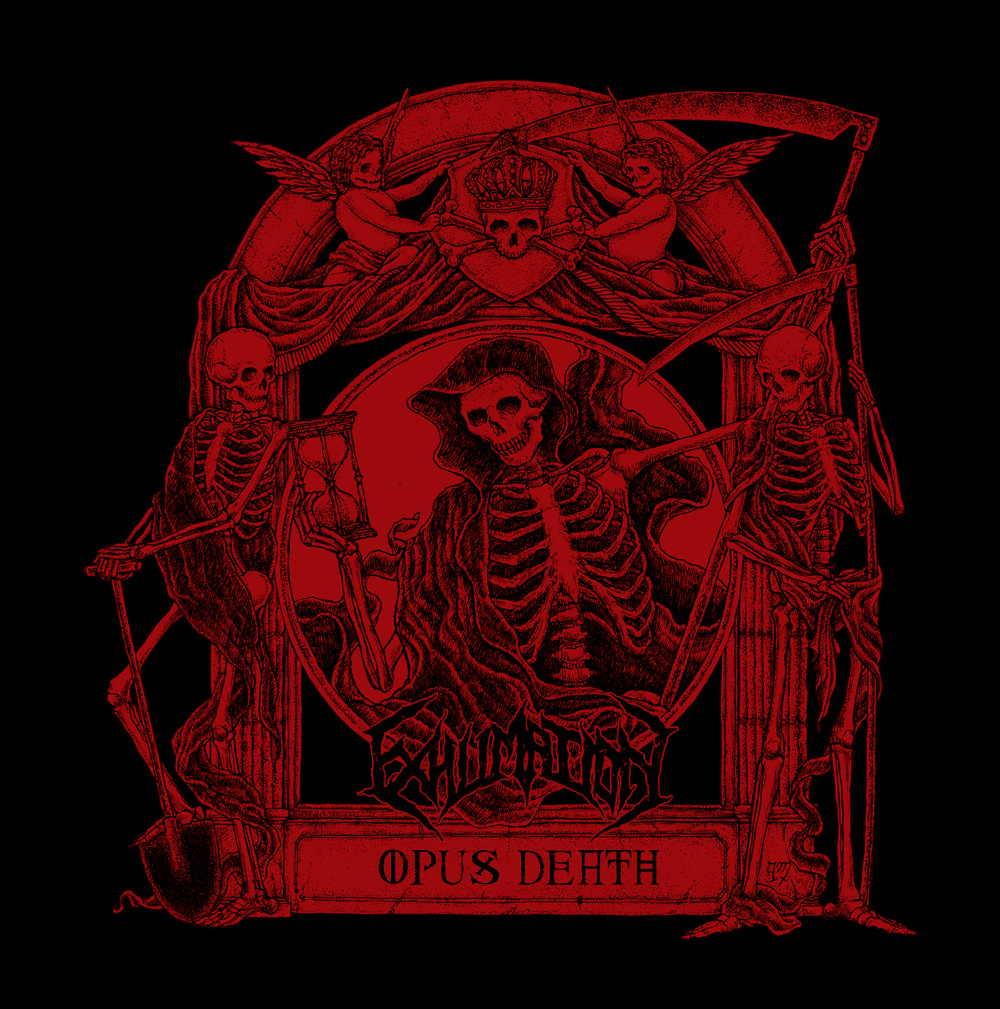 Now EXHUMATION’s second opus is ready, and it is colder and more pitiless than the first release. Still it relies on its Eastern Asian roots; but now they are buried underneath a thick layer of classical Death Metal which has an uncanny resemblance to the Black Metal of the late 80s.
1. Soul Wanders
2. Upon Our Hordes
3. Witching Evil
4. Possessed
5. The Sleeping Darkness
6. Graveyard Alike
7. Labyrinth of Fire
8. Ironheart
9. Hymn of Death
10. Lullabyss

Svartden - Black is out now!!!