James Murphy will be mastering The New Album of Enthrallment.
In the last few days the 4 th album was completed at “Murder Sound Studio” in Bulgaria and the mastering job will come from James Murphy, who played in several bands like DEATH, OBITUARY, TESTAMENT, CANCER, KONKHRA, DISINCARNATE…
The album is titled “THE VOICE OF HUMAN PERVERSITY” and the band members define its line as primitive. 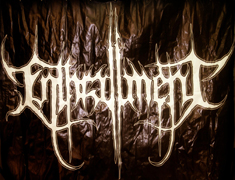 Tracklist:
01. Screams Etched Within the Crags
02. Rats Before the Worms
03. Mummified Ante Mortem
04. Rove in Hell
05. Stench of Burnt Down Sanctuary
06. Madness Coloured in Light
07. Tones of Gladness
08. Tool of Suicide