Greetings, your new album were the first album that I heard so far from your band and I was amazed by the atmosphere on it. What can you tell us about it?
“Vegferð tímans” had a long and difficult birth. We have been working on this material since 2012 and the first recordings were done in early 2013. The process included re-recordings (e.g. of the drums entirely), moving the mixing job from Iceland to Sweden along with very careful structuring of the album. We are immensely pleased to finally release it to the public and are very glad to hear that we seem to have succeeded in conveying the atmosphere to people’s ears. 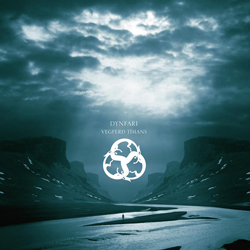 I was listening to some of your older material the other day after the review for your third album and I noticed some differences between the new material and your older material, mostly in sound. How did it come to this?
Some differences in the music come from increased knowledge and maturity in composing and structuring the songs and the album as a whole. The sound change was in part intentional. Although “Vegferð tímans” was also recorded in a DIY fashion in our rehearsal space like “Sem skugginn”, we used a different technique for recording one of the main instruments, distorted guitars. Most of the thanks must go to our sound engineer Haukur Hannes who mixed and mastered the album from Sweden and did a kickass job at it. He truly turned our raw material into a diamond and deserves many thanks for that.

How do the composing process going on in your band?
We usually show up with a basic song idea or song structure and work out the details from there. Our first two albums were mostly written by me (Jóhann Örn) but the title tracks from them, “Dynfari” and “Sem skugginn”, were actually both mostly written by Jón Emil along with the opening song “Glötun”. I believe “Vegferð tímans” is more balanced, where each of us wrote four tracks with me taking care of all lyrics. Although we mostly compose on our own, a lot of ideas and details come to light in the rehearsal space. This will be especially true for our future material which will be composed with our full line-up.

Your songs are all made in your native language Icelandic. Could you tell us a bit more about them?
The first half of the album, 5 tracks including the 1-minute interlude “Fall hinna XCII og 2^57,885,161 – 1 sálna”, are mostly individual entities lyric-wise although they contribute to a similar lyrical theme or pattern. It is about the inevitable end of humanity, along with a similar theme as “Sem skugginn” of our insignificance in the universe and utter indifference toward it, with the additional notion of our appreciation of beauty as our only solace from our pending demise.
The later half of the album, “Vegferð”, consists of three pieces of music, woven together through a single poem with some lines repeated across tracks. The theme here is a different one but yet related. It is about our remains returning to their origins in unity with the rest of the universe as it once was and for all eternity, hence the triskele sign on the cover. In the second part we have some beautiful female guest vocals from my friend Karen Ýr.

What does your band name means in English?
“Dynfari” is an archaic Icelandic word which means “wind” or “storm”. A direct translation would be something along the lines of “that which goes with a thunderous sound”. 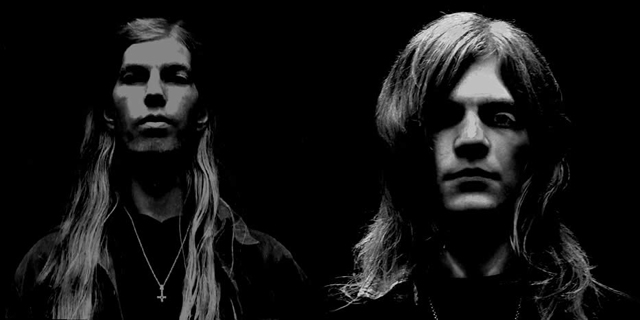 What books, movies or events inspire your music and lyrics?
“Sem skugginn” was in part inspired by Orwell’s 1984 as the sample in the first song suggests. It was also inspired by some depressive movies such as White Oleander, Prozac Nation and Downloading Nancy. On “Vegferð tímans” we used a couple of samples from the final words of the movie American Beauty which beautifully capture some of our lyrical themes of this album in English. 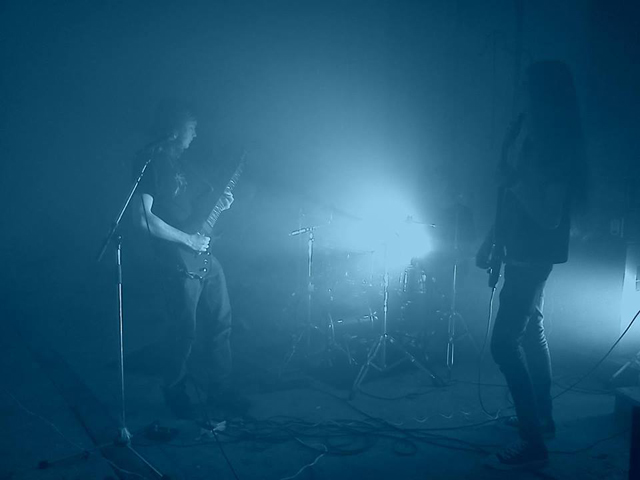 What bands inspire your music?
We are inspired by a plethora of music, ranging from black metal and death metal to post-rock and classical music. One band that gave us courage to take our music to the realms we tread today is Australian black metal band Austere, whose song “Just for a Moment” we covered and featured as a bonus track on the re-issue of “Sem skugginn”. To namedrop a few other big influences, I’ll mention Woods of Desolation, Alcest, Drudkh, Sólstafir, Mogwai and This Will Destroy You. The complete list would probably be as long as the rest of the interview, so let’s stop here.

Iceland isn’t so much known for a Metal Scene. I can name only 3 bands from there. Solstafir, Curse and Dynfari. Why is it so that Iceland isn’t so much known for Heavy Metal as other countries are?
That’s easy: Iceland’s geographical location and low population. Iceland is an island in the middle of the Atlantic Ocean from which it takes 2-3 hours by plane to get to mainland Europe or America. The population is around 330,000, similar so some cities’ suburbs, so knowing three bands from such a small population is actually somewhat impressive when looking at the big picture. With the internet I think it has become easier for Icelandic bands to get recognition which is what we are seeing for example with the Icelandic indie music scene, black metal scene and some rock/metal bands in general.

Are you a live band?
Yes. We toured some countries in Europe last summer. This fall we will play over 30 gigs in United States and Canada on our tour with Negura Bunget and Grimegod.

Have you ever considered doing a video for on of your songs?
We have had offers but haven’t been able to do so yet. It is something we would like to do sometime.

Any last words?
If you want to see “Vegferð tímans” on vinyl, head over to our Indiegogo crowdfunding campaign to pre-order or fund, found for example via our Facebook page. The campaign expires on April 10th 2015: https://www.indiegogo.com/projects/dynfari-vinyl-lp-vegferd-timans