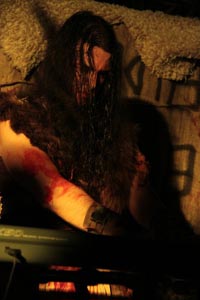 Greetings and welcome to Extreminal Webzine.First of all – please introduce with a few words your band to those of our readers who don’t know you ?
Helsior Ursus Arctos: Draugr formed in 2002 after the meeting of Svafnir (voice), Tenebrion (guitars), Stolas (bass) and Jonny (drums). After one year, Triumphator succeded to Tenebrion and in 2006, with this line-up was recorded the first album of the band, “Nocturnal Pagan Supremacy”. I joined the band 4 years ago, and since my arrival we started working on “De Ferro Italico”; moreover, after the split with Warth (second guitar player and band member since 2007), we decided to remain 5 helped live and not by the excellent Mors. The band proposes an italic pagan metal inspired by the landscapes of the Abruzzo region and by its traditions.

What is the meaning of DRAUGR and why did you choose exactly this word to name the band ?
When the band was born, the former members chose this name as a tribute to the scandinavian black metal scene, to the nordic mythology and to the Tolkenian imaginary. Then, even if our project grew musically and conceptually, we decided to keep this name, because the Draug (without r) is a ghost with animal features, “wolfish” to be more precise, which defends the graves rich in treasures of the fallen warriors and the wolf is one of the symbols of our region (Abruzzo) and the symbol of Rome, so we feel strictly bond to this animal, as well as to the meaning of our name.

Tell us a few words about your second album “De Ferro Italico” – where did you record it and are you completely satisfied by the final result ?
“De Ferro Italico” is a concept album made up of two parts: the first one is marked out by folk and natural sonorities, the second one is more epic and aggressive; most of the lyrics are in italian, the remaining ones are in english and “osco” (the language spoken by most of the italic population in the pre-Roman age)The history is set in a para-historical contest. It tells about the deeds of a group of warriors, devoted to the archaic traditions and the italic cults, which found themselves having to fight desperately against Rome and the Theodosian decree of the year 391, which let the persecution of all the pagan cults begin, so to pave the way for the rising christian cult.
The album has been recorded by our friend Davide Rosati’s ACME Studios (Italy) and the master has been done by the Finnvox Studios in Helsinky, Finland. At the beginning of the recording, our intent was to give birth to an Italic Metal album sung in our mother language and with traditional sonorities. We actually hit our point, so we can feel satisfied. 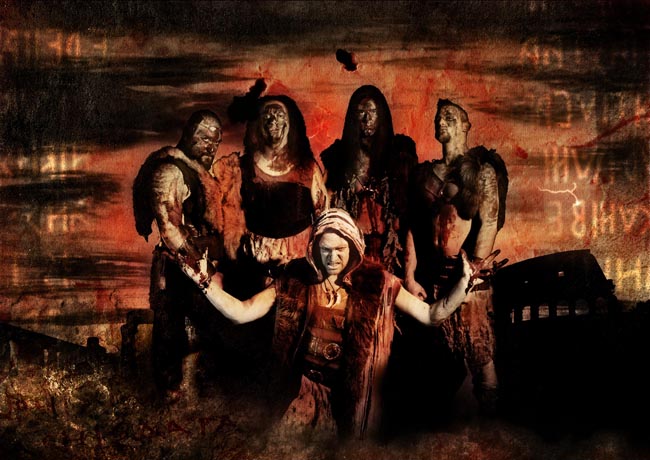 What are the differences between your new record and the debut album “Nocturnal Pagan Supremacy” ?
More mature and personal sonorities from a musical point of view, concept album and lyrics in our mother language for what concerns the lyrical and conceptual aspect. They’re significant and non-casual because, like I said before, they’re both consequences of the band’s point since the beginning of the “De Ferro Italico” works. 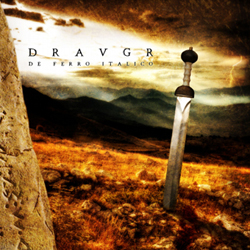 Tell us something more about the lyrics in “De Ferro Italico”.Who writes your lyrics,what are they dealing with and what inspires you to write them ?
The lyrics, and so the concept, are by Augur Svafnir and they’re the result of historical researches done during the years: our only inspiration is our land. In fact, even if the concept is basically para-historical, in “De Ferro Italico” there’s a deep reference to rituals and military traditions of our ancestors.

“De Ferro Italico” is released by yourselves.Wasn’t there any label interested to release it or you decided to do everything by yourselves ?
Some labels were actually interested, but in the end we decided to try the auto production. Is a very hard way but allows you to handle everything very closely and the results we got until now aren’t gonna make us repent of our choice.

Do you have any side projects out of DRAUGR ?
Nothing has too much importance except Draugr.

How is the pagan metal scene in Italy ? Are there many fans and bands playing this music ?
From Italy have always came up excellent proposals of traditional and pagan metal, and during the years the audience got responsive to these themes and sonorities. That makes us very proud.The thing I like the most is that there are bands all over our country who do studies about the subject and write italic and pagan lyrics and music without imitating foreign models, because we don’t have to do that. 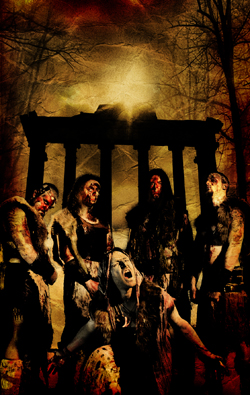 In recent years we are witnessing an increased interest in pagan/metal music.What are the reasons for that in your opinion ?
Personally i guess it’s because the sonorities of this genre, in every part of the world, let a feeling of belonging and love for the own roots come out in every of us and this is gratifying.

Who are the bands/artists that have inspired you to start playing music ?
Personally, I started getting piano lesson when I was a child, after having seen Walt Disney’s Fantasia!

Which one is the best and which one is the worst metal album for 2011 ?
I bought just a few albums this year and always after having listened one or two songs on the internet… after saying that, I think Shining and Moonsorrow have done two great albums, and my favorite I think it’s the Negura Bunget DVD… about the worst album, like I said before, I just listen a couple of songs before buying, so I can’t judge “worst” an album of which I’ve listened just two songs

This is the end of the interview.Any last words for our readers ?
Thank you for the interview and I greet all the readers of Extreminal Webzines inviting them to visit our website www.draugr.it and our web pages on MySpace and Facebook to get news and updates about the band! Stay hordish!