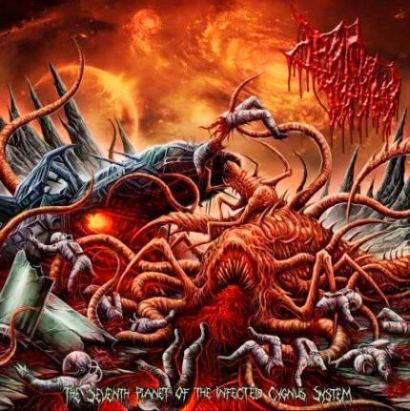 The third full-length album by the brutal death metal project of the vocalist of the famous Turkish band CENOTAPH. The new album develops the concept of previous works of the band based on “Dead Space” trilogy. It is dedicated to Aegis 7 – the seventh planet of Cygnus system. This time the album narrates a story about infected colonies of this planet, necromorphs, mutated monsters and other brutal unnamed creatures of space. This new chapter is definitely more technical, fast and blasting as compared to the previous albums of DRAIN IMPURITY. Atmospheric introductions traditionally precede songs and help to get deeper into this cosmic hell along with familiar deep-chested growling of Batu Cetin. Get ready for unlimited slaughter and fatal journey to the depth of unexplored Universe!
http://drainofimpurity.bandcamp.com