Would you give us more details about the demo albums in 1997? What was the priority of Dornenreich during those days? Do you see any difference between those times and present?
Eviga: “It was all about expression. Back then I was sixteen years young and I just wanted to record because I was fascinated by bringing single tracks and ideas together. In that regard one has to remember that in those still largely anologue times it used to be a privilege and a truly magical experience to record music at all.
Apart from the fact that hardly any crucial area of our lives has stayed untouched (or should I even say unspoiled) by the effects of the process of total digitalization that we all witnessed during the last twenty years Dornerneich has always reflected the development of the feeling and thinking human individual, so, to me it actually would be strange and hardly authentic if we would still sound similar to our demo-tape. So, one could say that today’s Dornenreich approach expression much more consciously and in a much more faceted way. However, within their core I feel the same passion on our last album ‘Freiheit’ as well as on our one and only demo-tape ‘Mein Flügelschlag’, which was recorded by our dear friend Christof Niederwieser (mastermind of the Austrian extreme metal legend Korova/Korovakill) in the rehearsal-room we shared with Korova(kill) back in the days. To be brief: Dornenreich was and is all about heart- and handmade intensity.”

What are you think about Black Metal and Norwegian Black Metal? Why a alot of people hate or not understand this music style?
“What can be said in general about Black Metal, in my opinion, is that it has always been an extreme kind of expression and, obviously, numerous bands are quite rebellious when it comes to their content or their (visual) image, at least (satanic, suicidal; seemingly hostile to life). But even with bands like Ulver, Kvist, Ved Buens Ende or us which are far off any stereotypes the bare otherness of the – often – raw sound-production and the bare emotional intensity that the music sets free scares the majority of people and triggers rejection as far as I perceive and understand it.” 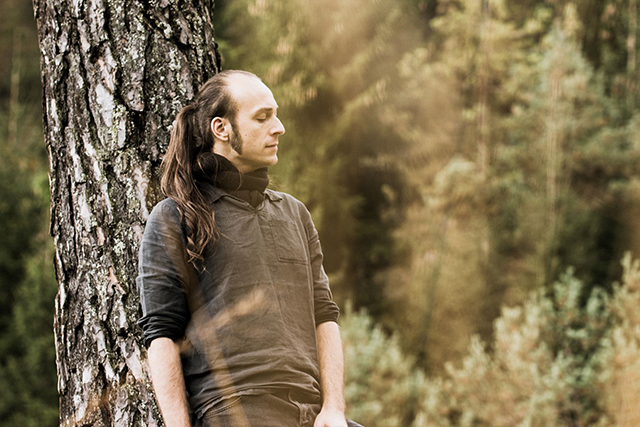 Industrialisation conquesed our life like music. Vinly, cassettes etc. put on market seems like new stuff! What’s your think about this issue?
“Hopefully I get you main point here. As far and extreme as things got in the music industry I consider it to be legitimate that albums are re-released on vinyl or cassette for whatever reason. Basically, nobody is forced to buy a new edition of the same content again, but one has to acknowledge and understand that labels use all physical formats to cope with the constantly ceasing relevance of the actually available sound carrier in a world of (nearly) free streams and illegal downloads…”

Can you offer for Turkish listener in your favourite music bands?
“To begin with I have to tell you that over the years I have been falling in love with very many bands, artists and ensembles out of various genres. The only thing they all have in common is that their expressions is hand- and heartmade, which rarely fails to work inspiring upon me. So, I can only name a few. The first that come into my mind are Dead Can Dance, which I appreciate because of their multifacetedness and truthfulness, Tori Amos, who is just a natural force when siningng and playing the piano, Devil Doll, a genius’ work from Slovenia transcending so many borders that it still gives me the creeps when listening to it… and others so different and intense like Madder Mortem, Omnia, Pantera, Satyricon, The Kovenant, Birch Book, Irfan, Kvist, Emperor, Meret Becker, Iron Mountain, Sixto Rodriguez, The Doors…”

Mourning Beloveth - The Mountains Are Mine ( Live )