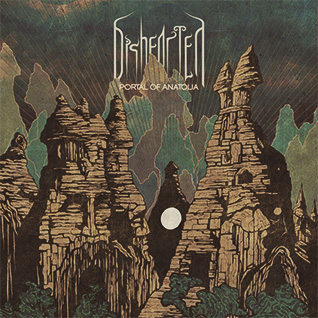 Dishearten was founded in 1997 in Istanbul, Turkey. The first demo with 3 songs was recorded in the beginning of 1999. In the autumn of 2000, the band had finished the first album record which was not released. Dishearten was on the stage for their first concert with “Dark Tranquillty” in 2002. There are inactive years untill 2014 and the band has come together to release the debut album “Portal of Anatolia” with the lastest lineup. The melodic figures and instruments Dishearten uses should not be confused with the arabic and egyptian oriental framework which are used very often by some of the european bands. Dishearten is to be distinguished with integrating the original “Turkish Folk Music” and “Turkish Classical Music” smoothly to their atmospheric black and death metal sound..