Greetings and welcome to Extreminal Webzine.Let’s start with a short introduction of the band – how did you started D.A.M.N. and who are the members ?
Antonie Mrusek: Hello and thanks! We started in 2001 under the name D.A.M.N. (what we changed into Diary About My Nightmares). Now we are 5 members (we started with 4) and I would desbribe us as 5 “old and not so old” friends that wanted to make music together. 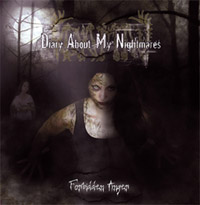 This year you released your second album “Forbidden Anger”.What is the difference between the new release and your debut record “Vermachtnis” ?
There are 2 big differences. The first one is the length of the songs. On forbidden Anger the songs are shorter what wasn’t directly planned. We tried to concentrate on making songs more “packed” so they have the groove all the time.
The other big difference is that the lyrics are in English now. There is just one song left that is written in German and I think on the next album the main language will be English again. Though German is the perfect language for Metalmusic (you can see that on Rammstein) most people understand English and we think that the lyrics are worth it to be read and understood.

How were the reactions of both press and fans towards “Forbidden Anger” ?
Altogether pretty good. People like the sound, the way the songs are made and how they keep you on the go. So, we were very glad to hear that. 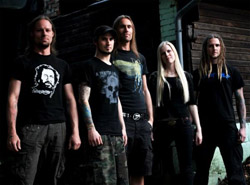 You have recorded “Forbidden Anger” in Zigsound studio in Denmark.Why did you choose a Danish studio having in mind that there are many studios in Germany ?
That was because Jakob Batten produced the album. So we recorded the guitars at our place and the drums and vocals together with him in Århus what is just 40km away from us. So one of us had to get to the rest anyway and this way it was easier because he has all the equipment we needed besides instruments. But now Zigsound doesn’t exist anymore so we have to find something else to record the drums next time and I guess that will be in Germany.

There is a video for the song “Vermachtnis” on your MySpace profile.Tell us a few words about it and do you plan to shoot another video soon?
We would love to make one more. The last video made a guy who studies that and he likes our music. So he came up with the story and equipment and we came with some more ideas and made the video. It was fun and I think the video is well done.

Last year D.A.M.N. played on the Balkans (Bulgaria and Romania).How were those concerts and do you think that there is any difference between the West and the East European fans ? 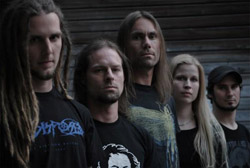 It was a very very nice trip together with Izegrim. The shows were great and also the fans. I don’t think there are big differences. Metal unites ;o)

Does Antonie have a special recipe to achieve these brutal growls or they just come out naturally ?
They just come out. Of course I have to concentrate on singing out of the stomach. Otherwise I would destroy my voice and of course I learned to get better but the basic scream and growl is just in my body. ;o) 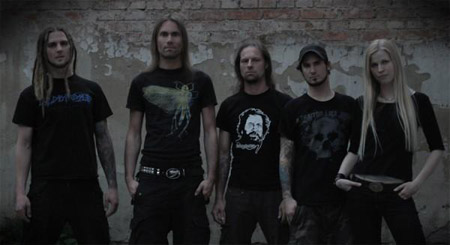 Who are the bands that have inspired you to start playing music and form a band ?
I don’t know. When we started it was just for making music. We didn’t want to become like Band X but people can hear a lot of influences from other bands and way more than we do.

Do you have a favourite female-fronted extreme metal band (besides D.A.M.N. of course)?
Hm, there are some really good singers but I don’t care that much about if the singer is a man or a woman. But we all like Izegrim especially for personal reasons. 😉 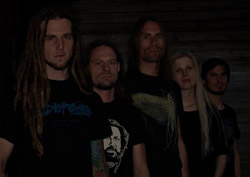 How do you see the German death metal scene today? Is it strong and are there any new and talented bands that we should be looking out for ?
There are way too many bands now so that bad ones get labelcontracts while the good ones can’t find one. It is a very big scene and it is impossible to know it all. It is of course great that so many people are interested in that kind of music but when so many also want to play in a band it becomes too much. There are talented bands but besides a lof of crap and that makes it hard for the bands.
Check Out Magna Mortalis from Hannover. That is good stuff!

What is your ultimate goal as a band and how far reach your dreams ?
There is no goal. We do what we want and can and as long as we want and can. But dreams can reach a lot. I wouldn’t mind to earn millions with music but I would never like to live the life like a rockstar. That would be too hard. 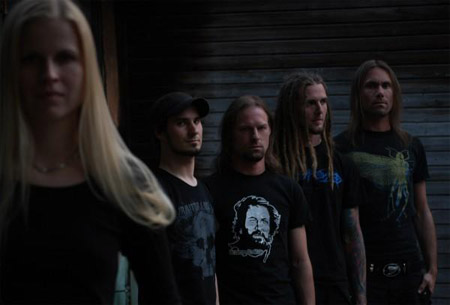 One question outside music: do you follow the World Football Championship and what do you think about the German national team’s play?
I watched it a lot – the guys are not that interested in it (sounds weird I know). The German team did a very good job. And I think there was a chance that we would have made it. But the team is young and Spain deserves it so we try again next time.

Your final words for the readers of Extreminal ?
I hope you checked out our music and maybe you want to say “hi” on myspace or our homepage!