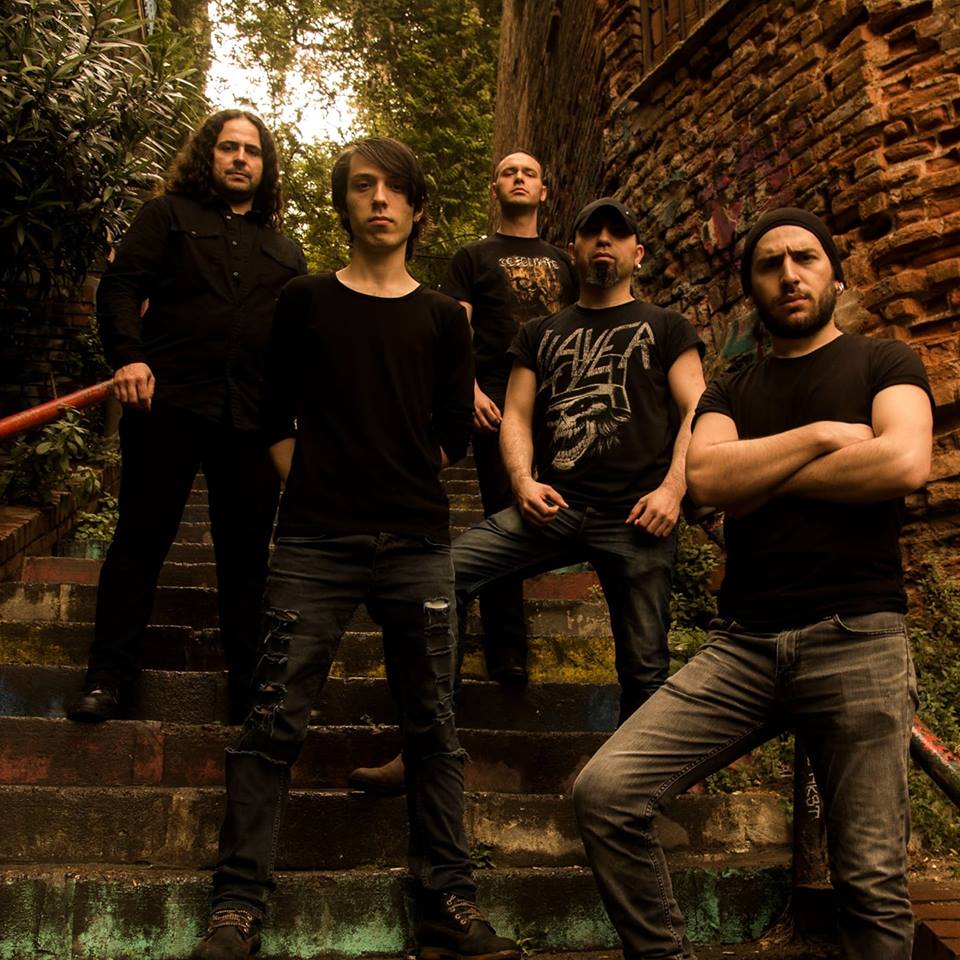 Turkish melodic death metallers Desecrate has founded in 2005 by Oguz Bulgurlular and Akcan Ergin. In 2006 the band released a 4 tracks demo called ‘Gods Are Crying2. 3 single-tracks have been released ‘Black Mask’ in 2016, ‘Schizoprenia’ in 2017 and ‘War in 2018 . In early 2018 band lived some line up changes and Oktay DEMİRCİ added on vocals Batuhan BULGURLULAR added on guitars ,lately Vahit TANIK added on bass in 2018.
On June 15, 2018, “Schizophrenia” album released on Spotify, Itunes and other music platforms. Also published online at Extreminal TV on Youtube and you can listen whole album below.
They will be on stage in this summer and they will start recording new single, “Shadows Witch,” which will be released before the end of summer.In July they will start working on the new album records which will be released in early 2019.