Cult Swedish death metal band DERANGED has inked a deal with Agonia Records. The group’s follow-up to 2011’s “Cut Carve Rip Serve” album will be recorded this summer for a late 2016 release.
Rikard had the following to say about the signing: “It is an honor to announce that we have signed a deal with Polish extreme metal label Agonia Records.
“We will enter Berno Studio in the summer to record DERANGED’s ninth full-length album, and our first since 2011! It will be the heaviest DERANGED release so far!” 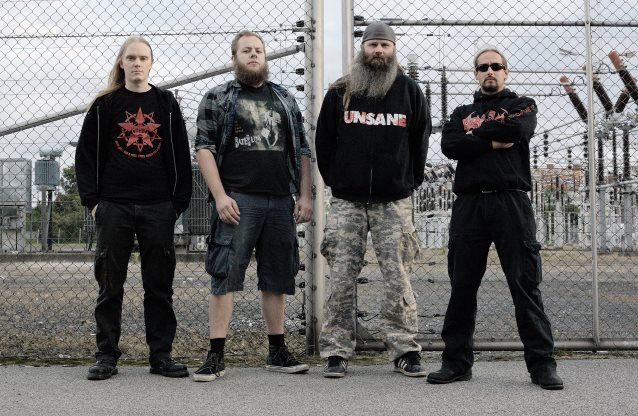