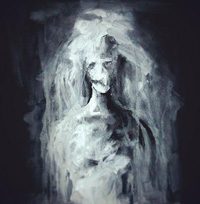 Hypnotic Dirge Records announced the release of a free digital download split album between three atmospheric black metal bands from Russia – Depicting Abysm, Windbruch, and Gmork. The album is entitled “Silentium!” and features three brand new tracks from each of the bands!
“Silentium!” is now available for free streaming and download from the Hypnotic Dirge bandcamp page, youtube channel, and HDR Downloads’ section! Since this is a free digital release, we are also encouraging reuploads on metal blog sites, and ‘zines to help spread the word on these bands.
“Silence – it is a pause between two emotional strikes, but even there a “scream” can take place.” In this case, the choice of the song order is not accidental:
Depicting Abysm: I, II, III
Windbruch: IV, V, VI
Gmork: VII, VIII, IX
Links: Bandcamp | HDR site | Youtube