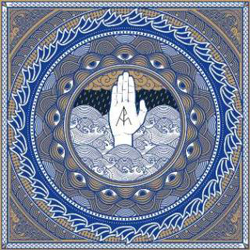 Hi, first question is: when was the last times you laughed and what was it about?
I guess it was yesterday, at the bar with a friend of mine using a very funny expression to say how much is desperate by not having sex recently.
One way to translate it would be : "I would totally bang a dead dog with a dress."

You`ve released an debut album. What sort of feedback have you had so far from the new material so far?
Our first album 'Ćther?' will be released in September 2015 so feedbacks are very limited for now. But people from Les Acteurs de l'Ombre, our label, seems to like it.
As for now, we just released a video clip on the fifth track of the album, called 'Houle'. Feedbacks are very good.

I`m very impressed your video to "Houle". It`s very climatic. Who is the woman who appeared in this video?
Thanks we worked hard with Benjamin CAPPELLETTI on this video. Who is the woman is not very important, but she symbolizes the female entity we're talking about. That song is all about the feelings you go through after a very painful split-up : hate, wishing the worst to the other, and finally an infinite vacuity.

Lyrics to "Houle" touched the love theme. Do you think this is a suitable subject to write about in black metal? You know, true Norwegian Black Metal warriors would rather not accept this things haha. I do not know if you know, but you confirm the romantic stereotype of the French people :). It seems to me, however, that black metal as a music full of disappointment, decadence and gloomy climate can sometimes interact with such topics and I think it goes in DÉLUGE case.
Well, a big part of the answer is in the question ! I think every subject that affects you is a suitable subject to mix with a music that affects you too, and that is what we do with ?DÉLUGE. To be honest I look forward to hear the opinion of those "TNBM warriors", I'll be happy to disappoint the more rabid of them but, even we can't be strongly connected to that scene, the original themes of Black-Metal can evoke litterature, poetry and also feelings such as melancholy or sadness, so I'm pretty sure a part of them would be affected by the french romantism of ?DÉLUGE 🙂

Unfortunately, I do not know the French language. Can you give an overview of the message in DÉLUGE`s lyrics? Is it quite personal, right? As an artist how do you hope your work will inspire the listener?
We match different states of water with different human emotions. I used to write some, but our singer now writes all the lyrics and I love his writing. From me or him, it has always been very personal, depicting some specific phases/experiences/emotions of our lives. Without being selfish, we don't write lyrics & music for the others but in the meantime we are sure other people will identify themselves in them. 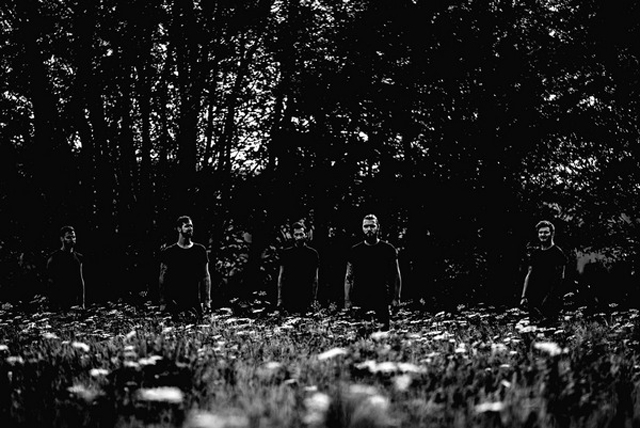 Cover of your debut album is taking attention definitely. Who`s the author? Could you tell something about its symbolism? Do you think the visual aspect of the music shouldn't be taken lightly?
The cover has been designed by Valnoir from Metastazis, graphic design and art direction studio based in Paris. Such as the lyrics, the cover represents different states of water. This is a part where I'd like people to have their own interpretation of it.

I know you have played some concerts, even the tour with CELESTE. What about your feelings and memories connected that trip? Can you give me a taste of what a DÉLUGE concert experience is like? Do you enjoy playing live or do you prefer to just be in the practice room and jam?
We did our first tour with them (they are very good friends) and after that, it wasn't easy to plan on doing tours with other bands. We had a lot of fun spending time with these crazy dudes and we love their music very much. I think playing live should be an accomplishment for a band even if I understand that some bands don't want to play for specific reasons. We spent way too much time in studio lately so we can't wait to be on tour again. You can have a quick preview of what DÉLUGE looks live here :

Do you enjoy it every time on stage or do you think sometimes “fuck you all”?
We only played 3 gigs as for now, so we need to talk about that in a few monthes. On the other side, we played hundreds of shows in other bands and we know we want a very specific live experience for DÉLUGE.

What next do you have planned for the band?
We will have a lot of great shows and tours in late 2015 and in the beginning of 2016 supporting 'Ćther?'. We will have another video coming out in September.

And last question: what song would you like to let go at your funeral?
To be honest, I never thought about it but hopefuly something light and melancholic.

Thanx for interview. Anything you'd like to add to conclude this interview?
Thanks for reaching us. Hope to play in Poland soon.