You have one more reason to listen these dangerous guys and After reading this interwiev, you’ll see that I’m right 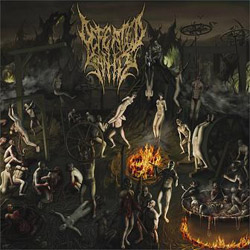 Hi! First of all I wanna congratulate you on your new album and start my interview expressing that you started terrorize on the market with your extremely authoritative album.
Lille: Thank you! We went through a lot to make this album as brutal as it can be. So I appreciate your comment very much!

What kind of developments are occurring at side of Defeated Sanity and what are you doing recently ? What would you like to tell about your new album? How are the sales going on and what were the reactions of metalheads to the new album?
So far everyone is loving it. As far as I know we already sold 1500 copies. Right now we are going through a bit of a weird line up as I bet you have heard. So we are looking how this will develop further. We got some tour offers in for next years and just came back from playing Deathfeast and Bangkok. So we have been pretty busy recently.

Before you used to release your albums from Grindethic Records but you released your new album with the label of Willowtip Records.What caused this firm change?
We kinda wanted to try something new and see if another label could help us to get our status up more. We still have to see how that goes but so far Willowtip did an amazing job at everything. Grindethic always did a good job for us as well btw… 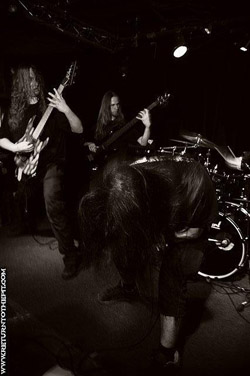 I got acquainted with you around 2006-2007. Firstly, I got your full-lenght album Prelude to the Tragedy. I said what that is and listened to it by chance and then I became a fan of your music. Can you tell about that album and its release process ? What kind of circumstances appeared during this album? What is the importance of this album for you as it’s your first long full-lenght album?
An very important album for us. Cus it was the first time when people actually noticed us as a strong act internationally. We recorded this album with a kinda crumbling line up that we didn’t know was gonna last for long and in the end it didn’t, but still we were a good unity and I think you can hear it.

Nihilistic interactions on the words that are full of violence and death… Your lyrics are so lurid and reflect a different imagination world for your audience. At least, that’s what for me… Can you tell us in what kind of process lyrics writing and composition develop?
Well I can say the lyrics are born from our fascination with cruelty, suffering, death, dark feelings. The music is just a way to express that and the lyrics go along with it. The music is written before the lyrics are then the lyrcis get woven around the music, to achieve the best possible dramaturgy for the song.

In one of your interviews you said that Blues and rock music was developed in the U.S., that means it all goes back to this country. The roots are there and I think the best musicians will always be there." When asked about the difference in terms of sound and direction between "Psalms of the Moribund" and "Prelude to the Tragedy’’ and continued ‘’ We got our own style on "Psalms to the Moribund" where "Prelude to the Tragedy" had very obvious hints of the bands we idolized. Psalms of the Moribund splits in two extremes, it went more chunky, brutal, thick and deep, but at the same time that math-approach and the technicality went up a lot!’’. These opinions really aroused my interest because superiority of American bands stand in the forefront but for me European bands do it as good as Americans. What do you think about it? What are your opinions about European bands?
Hmm I still think what I said there is right. But European bands in deed have become closer to what they are doing over there. Listen to the new Putridity if you wanna have your brains blown out!!!

While I was listenning to your first full lenght album Prelude to the tragedy I liked you in several aspects. Compositions, lyrics, and tones etc… But, in following albums we see that your technique has changed in addition to the musical structure. If we wanted you to make a comparision between your albums, what could you say about it? Especially, if we reckon in the point that your last album has come, your performans in every new album will go on increasingly.
Hmmm I can just hear exactly what techniques (may it be songrwriting related or playingwise) I needed to fix when I listen to the older albums. For the new one I guess its a bit too early to try to analyze…but we do know what we need to make better next time. I really believe we made a huge step forwards with each album. 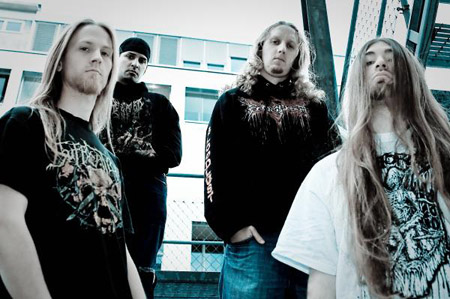 Actually there is a difference in terms of record between Prelude to the tragedy and Psalms of the Moribund. Do you think the distinction between these albums can depend on that ? And in ‘’Psalms of the Moribund’’ album, vocalist Robbe Kok whom we know from Disavowed, has personally involved. Did he have an effect on the change of the musical structure?
Robbe did only the mastering part, the musical structure and even the mix stayed the same. Not sure if I understand your question, but Prelude and Psalms were very different. That was because Prelude was a collection of demo songs plus 2 newer songs all re-recorded. It showed an evolution in songwriting. Psalms had more songs out of one period which you can hear clearly. Also if you compare the last song we wrote for Prelude (Liquifying cerebral hemispheres) and the first we wrote for Psalms (Hideously disembodied)….you can see its not that different. 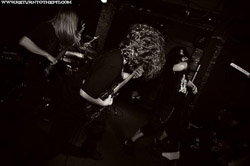 Let’s talk about your new album…It’s an album that warms up the audience slowly,has an entry like testing and later is full of fatal attacks. We are faced with an album that puts the audience in several emotional states and excoriates them with its deep variable structure.And in the critics that I’ve read, I see that audience is more satisfied with this album than others. What kind of changes are there in this album apart from other albums?
Well most albums these days wanna trick you into buying them cus there is one good song with some great slams etc…"Chapters…" is a well balanced and thought out album that has all killers, no fillers. It does go through some kind of atmospheric evolution and I am pretty happy about the fact of you realizing that.

Now, Let’s talk about concerts and tours. How is your communication during your live performances? For example, you played in Thailand last. How were the reactions an interest to the concert?
Thailand fans were sick as hell. And although we had to play as a threepiece again due to unfortunate events they were going crazy to our music. We sold all the merch we brought as well, so I can say that show was the biggest success in our history yet.

Do you have any plans about new gigs or tours for the following season ,especially for summer time? If you have, where will you play and with who?
There are huge things in the works. A lot of stuff is still unconfirmed but if it will happen it will be some of the sickest tour packages at this time. We also have some German shows coming up soon. 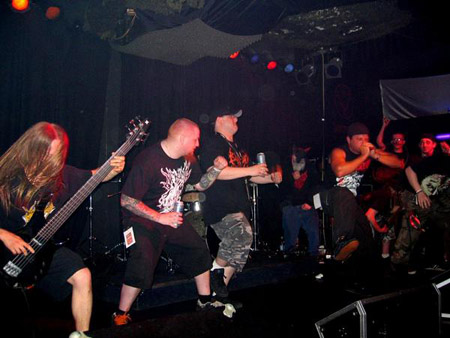 Your album has just been released, but I’ll ask.What are your plans for near future?What kind of differences should we expect from you especially about musical performance?
We are in the middle of composing 4 new songs, so the insanity will continue! What we have written so far seems very slammy/midtempo but we will look to it that we will balance this album out as much as we did our last. I just know for a fact that the first track we have done will be a midtempo only track which may sound boring now but is far from that when you will actually hear it!

Allright! My questions are over. Do you want to add anything?
Thank you for the interview! Stay Brutal and come to the fucking shows

Thank you for this enjoyable conversation and I hope to see your live performance on the stage as soon as possible.