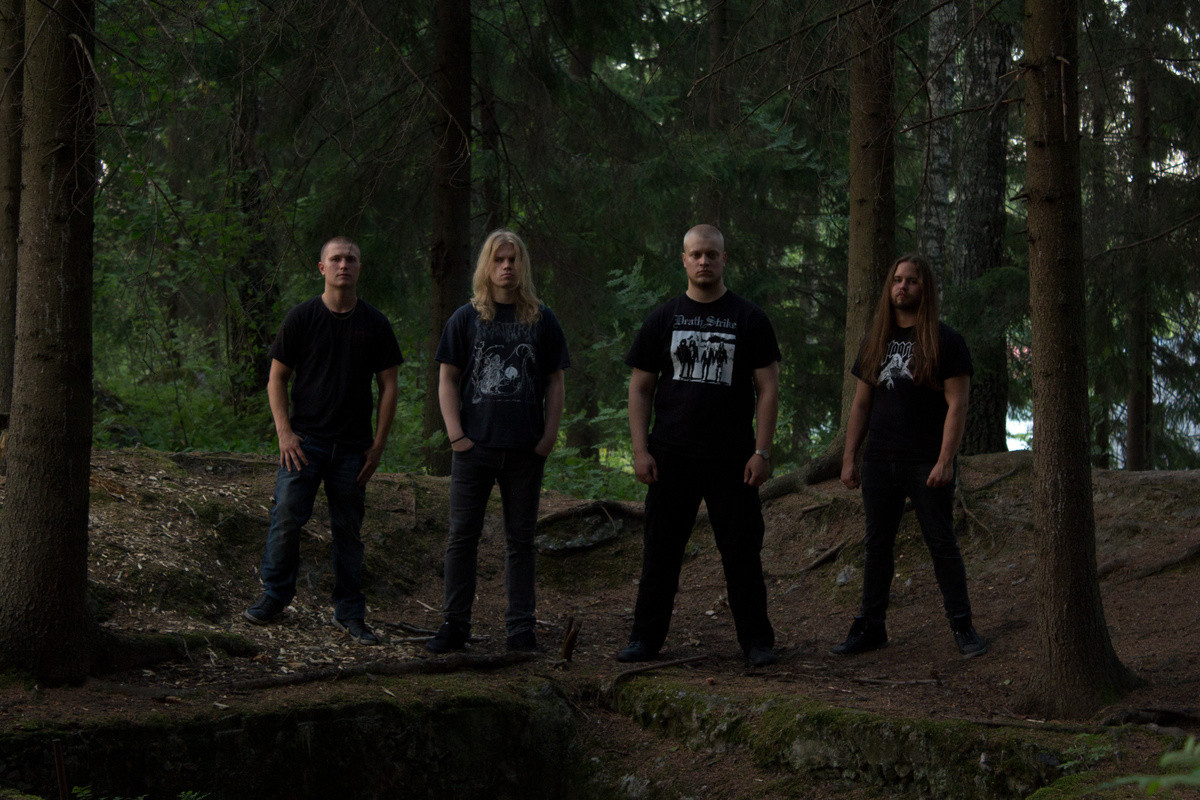 Finnish death metallers Decaying will release a vinyl version of their fourth full-length LP ‘One to Conquer’ on March 4th via Hellthrasher Productions.
Initially released on CD in November 2014 through the same label, One to Conquer features eight tracks of earth-shattering, doom-influenced death metal, picking up exactly where the band’s third album The Last Days of War left off, but also managing to incorporate enough twists and turns to keep things interesting. The 12” LP will be available in edition of 250 copies (100 x black and 150 x green in transparent red) housed in a pocket sleeve with full-color insert. All tracks were remastered by Decaying’s founder/guitarist/vocalist Matias Nastolin.
Tracklisting:
Side A:
Frequent Wind
The Fall of Saigon
Zero Hour
One to Conquer
The 38th Parallel
Side B:
The Balance of Power
Iron Curtain
Ho Chi Minh Trail