The Italian band Deadly Carnage (Post-Black/Doom) entered in studio to record their third album entitled “Manthe”. The album will be released in the coming months for the Italian label ATMF (www.atmf.net). Soon the band will release the official video (now in progress) of one of the tracks, “Dome of the Warders”, the director will be Danilo Montagna, collaborator of the band since the beginning. Deadly Carnage have announced the tracklist and the cover of the new work. 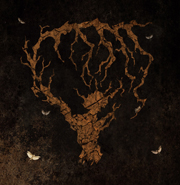