If this writer were prone to exaggeration, he’d introduce Dagor Dagorath as a porntastic quintet all smeared in corpsespaint and frosty grimness who play blaspheming metal from the heart of Israel. Too bad this writer isn’t really prone to exaggeration so here’s the straight dope on these fuckers: Dagor Dagorath were originally a threesome and a German extreme metal label has just released their newest album worldwide at the beginning of this year. The band are now in the process of adding new members to deliver a more compelling live performance, ergo, they might be hitting a stage near you very soon. By comparison, the dry facts come off as pretty boring, huh? Talking to Extreminal’s South East Asian abomination about life, the hip hop scene, and circumcission (seriously) is the goup’s tickler of ivories, German Aztec. Oh wait, it’s Getman Azech…Getman Azech. Sorry. 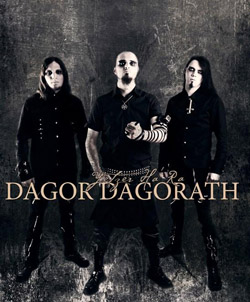 Your debut album “Yetzer Ha’ra” is being released in Europe by the German label Twilight Vertrieb. Who contacted whom?
We contacted Twilight [Vetrieb] and they were interested in us.

Forgive my ignorance, but what’s a “Yetzer Ha’ra”?
In Judaism ‘Yetzer Ha’ra’ refers to one’s inclination for evil by violating the will of god.

Once the album is out internationally what plans does Dagor Dagorath have for tours and promotion?
I don’t know about promotion because this is the label’s work. About any tours we are not ready yet and we’re currently working on new music.

I know Turkey cancelled joint military exercises with Israel last year. But are you guys still open to playing shows in Turkey if the opportunity were there?
Yes, coming over for a gig is not a problem for us. But we haven’t gotten offers from there. The issue you mentioned is not really related to us since we don’t give a fuck about politics.

How come it took most of 2008 and 2009 to wrap up work on your debut? Did financial constraints really limit your studio time?
It was hard work and the financing wasn’t the biggest problem. We recorded the album with the three original members. That’s Vorog, Mizgir, and myself. Our drummer at the time was Psychopatia Sexualis, who was a session member. Vorog and myself were responsible for the vocal work. Vorog also recorded the two guitars. And all of this took a lot of time, we all wanted it to be best! Mix and master took a lot of time also, We changed 4-5 different places. We went through a long and difficult struggle to put out “Yetzer Ha’ra,” but you can see the result.

And you’re looking for an extra guiatrist? What for?
Because one guiatrist is not enough for us, hahahahaha! Like I mentioned before, when we recorded the album Vorog had to be in charge of two guitars and we’d like to change that. 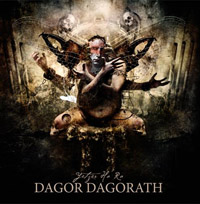 Are you absolutely 100% satisfied with how “Yetzer Ha’ra” turned out? The cover is pretty awesome, you know.
Yes, we did our best for this and Seth [artist] did great work also. Now I know I would’ve changed many things but I prefer to work on new material. And it’s good that you can see improvement from one album to another.

You have songs like “The Hell In Heaven” and “Heaven In Hell.” What the hell is going on? Do you ever run out of ideas when song writing?
This is a concept song and one completes the other. Read the lyrics and you’ll get the idea.

Speaking of Heaven and Hell, did you dig the new Heaven and Hell album last year (“The Devil You Know”)? What were some of your favorite releases for 2009?
You mean the band of Ronny James Dio? This [Heaven and Hell] is not my style. I prefer Ozzy, Zakk, and Motley Crue when it comes to the rock n’ roll genre. I don’t think that 2009 was a very successful year for metal releases; 2008 was much better. But if I were to choose the best releases, they would be Ensiferum’s “From Afar,” Alice In Chains’ “Black Gives Way to Blue,” DevilDriver’s “Pray For Villains.”

There are only three of you, like Immortal. What else besides black metal do either of you have in common?
I hope nothing more than that. Hahaha!

Why are Larion and Molot live members? Don’t they have any say on matters of songwritng or band decisions?
They’re live members because they’re very new in Dagor Dagorath. But they do have something to do with songwriting and band decisions. But the band is mostly Vorog, Mizgir and me; maybe in the next album it’ll change. 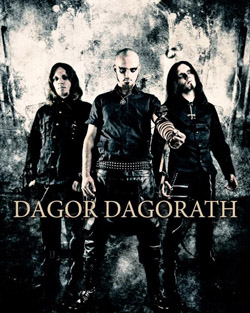 When you started playing live was there already a (small) audience for black metal who were active in the Israeli metal scene? What kind of venues are available to the metal scene in your country? Are show organizers very busy or do foreign bands still get most of their attention?
Yes there was, in our first show there were a lot of people. There are some metal clubs here in Israel. Mainly rock but they deal with metal shows too. Yes, the organizers here do make local metal shows; there aren’t a lot of bands from abroad who come here but there are some organizers who deal with local events and some with foreign bands.

I’m assuming all of you have finished military service? Did you still have time to at least listen to music while serving in the IDF?
I didn’t do military service, but Vorog (guitar), Mizgir (bass), and Molot (drums) did. And I know that they did listen to metal and they also improved their musical techniques.

Where would you prefer to spend a perfect day in Israel: By the glittering waters of the Mediterannean where you can watch curvy, bikini-clad women or in a studio creating frostbitten symphonic black metal?
Not the first nor the second option; I don’t like the summer here, it’s too hot for me. Here you don’t have any good studios and because of that we’re planning to record our next album abroad.

Have you ever been to a rave party and danced with glowsticks?
No, this is not my style. Hehehe…

I’m Filipino. Do you know any Filipinos from where you live? What city do you live in, by the way?
I’m from the north of the country and we have many Filipinos here. I’ve even worked with one Filipino guy once; he was very good and funny.

Let’s dwell on the band’s past a bit. When did your torrid love affair with extreme metal begin?
The first band I listened to was Metallica but now I don’t really like this band. It’s a shame no one introduced me earlier to Ozzy, Iron Maiden, Pantera…they are the kings! But I listen to these bands until today. 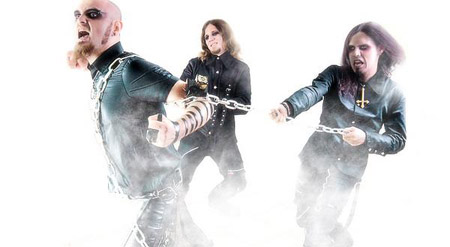 Since the band was formed several years ago, how did the five of you learn to survive and endure as independent artists?
We (myself,Vorog, and Mizgir) have been playing together fro eight years already; Larion and Molot joined the band not too long ago. In the beginning Vorog and I wrote all music and Mizgir helped us with that. That’s our standard work ethic and we don’t have problems with this.

Which member of Dagor Dagorath has the biggest CD collection?
I think it’s Mizgir and I but nowadays we can’t afford to buy every CD we want since our band spends a lot of money, which we never earn back, hahaha! But I now exchange CD’s with some of the fellow bands that I like; I send them mine and they send me theirs. A very good deal! Hahaha! 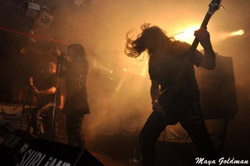 Be honest now, having fallen under the shadow sof black metal, have you ever studied the occult or cast a spell on anyone?
Actually no. We believe in the spirit of a person and the power of men. All occult themes are not our subject. You can’t find one single text in Dagor Dagorath about this.

You’re all Jewish. Got a circumcision joke I can tell my friends?
I don’t know why it sounds like a joke to you, circumcission is practiced in a lot of other countries and not just in Israel. For the record, our band’s origins are from Ukraine and most of us aren’t even Jewish nor circumcised.
[Yeah he’s telling the truth. Circumcission is the way to go in the Philippines as well. In fact here’s a link to some pictures of circum…uh, on second thought this is probably not a good idea —ed.]

I guess we have to wrap. Thanks for the time and patience. Speaking of wrap (get it?haha!) how’s the hiphop scene doing in your part of Israel?
The hip hop scene here is doing much better than the black metal scene. I want to thank you for the interview and to all Filipino fans of Epic Symphonic Black Metal with death/extreme elements. Go ahead and check our myspace and if you’d like to support us you can buy our CD! Hope to play in your country soon!!!