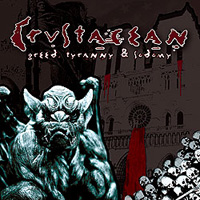 “Greed, Tyranny & Sodomy” is expected be released April 2011 but you can actually listen two advance tracks which will give you an idea of the direction of the new album by this great dutch band. Just visit their official MySpace: