After 18 years, one EP and five full-length albums which have placed CREST OF DARKNESS firmly at the top of the Extreme Metal genre, the Norwegian masters are back with their most complete, extreme and intense release so far. The ten-track album, titled “In the Presence of Death”, is the band’s sixth full-length release and amply demonstrates that CREST OF DARKNESS are masters of the genre both in terms of writing and musicianship.  It is, in fact, an album that has been described by many as the very essence of Extreme Metal.
Track listing for “In the Presence of Death”, which is set for release on My Kingdom Music on the 25th February is as follows: 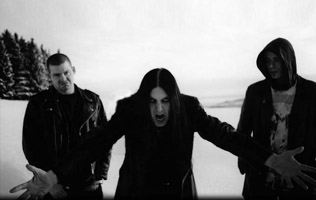