Let’s not mince words, this world probably doesn’t need another brutal death metal band with a fetish for long, three-syllable words pulled from the nearest college-level dictionaries, rampant blasturbation, guitar-strangling tremolo riffs, ape-moshing slams, obscene album art, and all other clichés you can humanly think of. For those of you that agree with this sentiment, this is your cue to leave and move on with your lives.

For those of you slam stalwarts who remain, Cerebral Effusion might still have something to offer you. These guys play a brand of slam similar to Disgorge fused with a more straightforward Defeated Sanity. They certainly don’t reinvent the wheel in any way whatsoever, but they do smash it up in an assortment of satisfying ways. Like I said, 300 miles-per-hour blastbeats, bowel-churning slams, whirlwind tremolo riffs, gurgly toilet monster vocals, vocabulary-heavy song titles, all are present and accounted for.

The production sits safely centered between the two often-opposed sides of rawness and clarity. The guitar is typically thick and heavy, vocals are pushed to the front more than usual (in this situation, I’m not too happy about this it, since the toilet-gurgle depth severely lacks power and aggression), and the drums punch through with relative clarity, particularly the snare though I would have preferred that it didn’t (tinny snare tones be damned). The bass, unsurprisingly, is more or less nonexistent. It’s an unremarkable production that leaves me cold, but there certainly is nothing horrifically wrong to moan about.

At 7 tracks and 32 minutes, “Impulsive Psychopathic Arts” tries not to overstay its welcome. Despite each track being of consistent quality though, there is little to distinguish the songs from each other. With repeated listens, the songs begin to blur into each other, structures disappear, and pretty soon things it feels like being inside an exploded burrito. That is not to say there aren’t memorable moments though. “Into Morbid Obesity” descends into a vicious slam a bit before the halfway mark. The riff starting at around the 1:40 “Epidemic of the Era” develops strongly and explodes into a full on-slam around 2:30. Opener “Humiliation through Methodical Submission” closes strongly with something that almost resembles a riff harmony, and additional flourishes and fills from the drum beneath said crushing, repeated riff.

For the die-hard slam fans, none of the aforementioned flaws should be terribly concerning and shouldn’t hinder your enjoyment of “Impulsive Psychopathic Arts”. In fact, you will probably like this album a shit ton more than I do. What Cerebral Effusion do, they do fairly well. As for the less fanatical among us, Impulsive Psychopathic Arts will probably entertain for the first few listens, but will ultimately be forgotten. 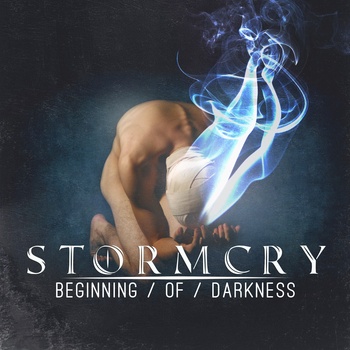