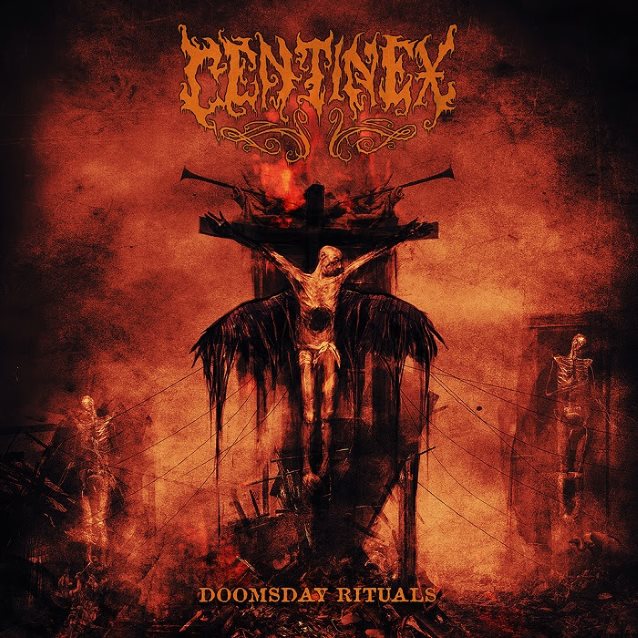 Swedish reformed death metallers CENTINEX are in the middle of recording their next full-length album and follow-up to 2014’s comeback CD, “Redeeming Filth”. Surprisingly reunited in 2014 after a nearly eight-year hiatus, the band dosen’t want the fans to be kept waiting another near-decade. The new album is titled “Doomsday Rituals” and CENTINEX has revealed its cover artwork, made by Bahrull Marta of Abomination Imagery.
“Doomsday Rituals” is being recorded at Wing Studios with CENTINEX’s guitarist (and DEMONICAL’s vocalist), Sverker Widgren. As commented by the band’s founder and mastermind, Martin Schulman: “Musically the album is a natural follow-up to ‘Redeeming Filth’. Heavy riffing, deep brutal vocals, everything from slow via mid-tempo to faster stuff, a perfect mix of the early ’90s Florida and Stockholm sound.”