ormer HELLHAMMER/CELTIC FROST singer, guitarist, and main songwriter Tom Gabriel Fischer (a.k.a. Tom Gabriel Warrior) has revealed to The Quietus that CELTIC FROST turned down a substantial amount of money to reform for an appearance at the world’s biggest heavy metal festival, Wacken Open Air in Wacken, Germany.
“Two and a half weeks ago, I was actually offered €100,000 (approximately $140,000) for a one-hour show at Wacken as CELTIC FROST — Martin [Eric Ain, original bassist] and me being the main two; they said it wouldn’t matter who was playing drums or second guitar, as long as Martin and me would put CELTIC FROST on stage at Wacken.
“And my response to them? The same as the one I gave you: It’s a joke. So the answer’s no.”
He continued: “I invested an immeasurable amount of time, creativity and personal money into resurrecting CELTIC FROST, and in the end it ended really badly. I don’t regret that I did it, but I’m not keen to set myself up for yet another huge disappointment and have it all end again in such a huge crash… I’m not keen to shoot myself in the face again. I would’ve loved to continue it, but it was impossible.”
Fischer didn’t completely rule out the possibility of a CELTIC FROST reunion in the future, but made it clear that if were they ever to reform, it would have to be for the right reasons. He said: “I think it’s perfectly legitimate to reform a band; heavy metal is now becoming an older genre, many bands have been together for a long time and sometimes it’s very necessary to split up — it can be a positive thing.
“If I think back to CELTIC FROST, it was overdue that we split up. In the Eighties, even, it was perhaps overdue — maybe we should’ve split even earlier. But, it was also very good when we came back, so I think it can be a legitimate thing. However, when you resurrect a band because a check is looming from your management or a record label or whoever, maybe it’s better to leave it alone. We didn’t want money to be the incentive. We worked for five and a half years [on 2006 comeback album ‘Monotheist’] until we had the feeling that it sounded like the album that we wanted to make, that we should have made. Then we released it, financed again by ourselves, and we licensed it. We never became slaves; we never did it for money. So, then, I think we can say that it was a success on another level too, despite how the band ultimately ended.” 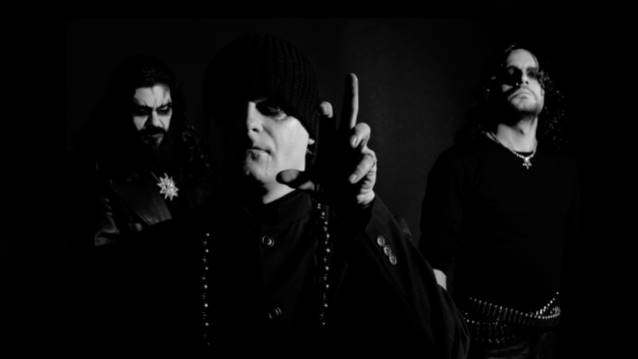