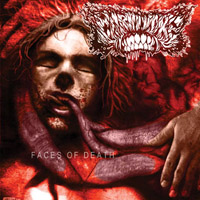 Abyss Records has announced the signing of Sweden’s CARNIVORE. The band will enter the studio in December to record its full-length debut for a 2012 release.A limited-edition version of the band’s previously released “Faces Of Death”EP will be made available early next year. According to a press release, “CARNIVORE’s musical style is based on old-school elements with a modern and progressive touch, as well as an philosophical and occult lyrical element.”
Line up:
Daniel Ocic Sundberg – Vokal
Tobias Pettersson – Gitar
Jonas Davidsson – Gitar
Cedrik Petersson – Bass
Marcus Nieminen – Davul

ILLNATH ''Third Act in the Theatre of Madness''