This interview previously published in Polish Conflagration Web’zine (03.04.2010). Click here to read it in Polish. 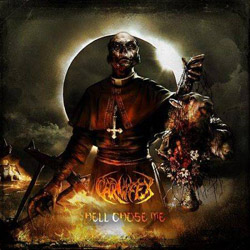 Hi! What`s up? Are you very busy nowadays? What about promotional things connected with “Hell Choose Me”?
Ryan “Thor” Gudmunds: Quite busy at the moment, recently off the bonecrusher European tour with Black Dahlia Murder. And doing a cd signing for the release of our album tomorrow.

You had an European tour last year. Could you tell something about that? Are you satisfied? Which countries were the best? What about gig in Poland?’
We had two Euro tours last year. The short one with Faceless and Thrash And Burn tour where we played Poland. The Thrash And Burn tour was killer. It was a big hangout everyday. Had some space brownies in Amsterdam. Good times.

We met in Czech Republic in Brutal Assault Festival. How do you remember this festival?
Brutal Assault was awesome. That was the 2nd biggest crowd we’ve ever played too. Good crowd response 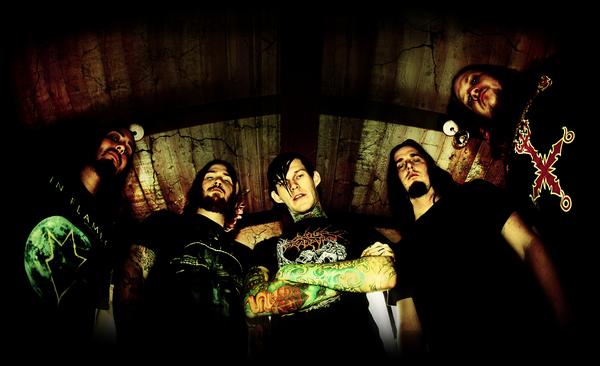 How extensive was this tour? Could you tell any funny story from this tour? 🙂
Funny storys from that tour would be me finding my friend from California who was backpacking in Germany and made it to the summer breeze festival. There were 25000 people there so the fact I ran into him was pretty awesome. So then we got drunk 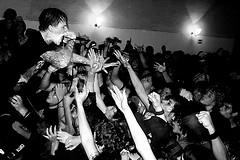 You played modern type of music – deathcore. Are you rather part of metal or hardcore scene? What do you think about popularity of this type of music? Why this situation happened? What`s wrong and good sides of that?
Um. So deathcore. We are a death metal band first and foremost and we enjoy breakdowns so watever that makes us cool. We aren’t similiar to hardcore or metal core just death metal.

Why the name of a band is Carnifex? Who did imagine that? What does it mean? It`s probably from Latina, am I right?
Carnifex is Latin for the word executioner.

Maybe we will talk about your new album. Compared to previous albums where do you think the biggest difference in the music is nowadays?
Our latest album “hell chose me” is a lot more thought out than our previous albums. We’ve been writing it for over a year wen we recorded it. It’s just more grown up. 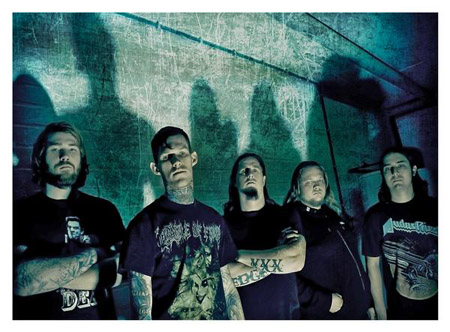 You mix many different genres together – does this reflect your personal taste? Could you say something about who has inspired you?
We mix a lot of different styles of metal and death metal. I listen to a lot of stuff but death metal primarily. 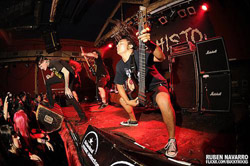 I saw someone of you has a “straight edge” tattoo. What do you think about this things? What about animal liberation? Any vegetarians/vegans in the band?
There are two members with straight edge tattoos and they’r edge and have been for a long time. We have one vegetarian but he’s not An animal liberation kinda guy. He’s a chiller

Do you take care of things like t-shirt designs, booking shows and that sort of things yourselves or is it something that label handles? Have you put big weight on merchandise? What do you think about this “fashioncore”, when people would like to collecting “cool” band-clothes than listening to this music, going for a concerts?
Our label handles none of that. It is all us making merch. We choose designs that we would wear. We seek out sick artists to bring the best merch to our fans. Fuck fashioncore kids.

What do you feel when you see people who tattoes logo of your band? Are you proud? Do you understand these people?
I’m blown away everytime I see someone with a carnifex tattoo. It’s pretty crazy to think somebody like your band that much 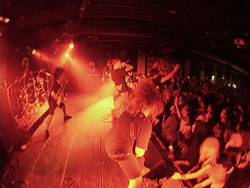 You`re quite young. What about your ages? Is Carnifex`s carrer your making dreams? When you’re not touring and playing music what do you then do for a living?
I don’t think we are that young. Our ages vary a bit. I’m the youngest at 23. Our oldest is 30 but I won’t tell which member that is. Actually our merch guy Dustin is 22 so I guess he’s the youngest. This is all I do. I don’t have any other jobs or anything. We tour almost full time and it’s awesome

Ok, we have to end this interview. I hope it wasn`t boring. What are your goals from now on?
My only other goal is to do a world tour and then to become a tattoo artist

Thanx a lot for interview! Wanna add something for polish brutal music fans?
Polish fans. Stay brutal and we will see you soon!!!