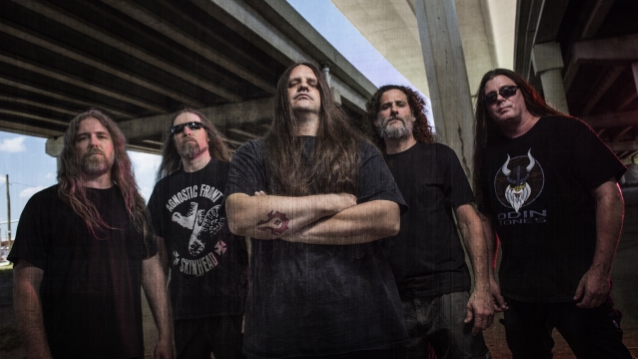 CANNIBAL CORPSE frontman George “Corpsegrinder” Fisher says that the band is “100 percent” behind its lead guitarist Patrick “Pat” O’Brien who is facing a litany of legal issues following his recent arrest.
Fisher went on to say that he and his bandmates are looking forward to O’Brien’s return to CANNIBAL CORPSE.
“We love him,” he said. “We want him back. But when I saw him in the court with the vest, dude, I cried. Because we just got home from tour… We wish the best for him, and we’re just waiting to see [what happens]. He’s got a road ahead of him still with legal issues, and that’s out of our hands. We support him 100 percent; we’re behind him 100 percent.”

EDGEFLAME Has Revealed The Details of ''Bludgeon The Incarnated''