Hails. That’s not my first contact with you. The magazine Rot’n Roll which I released in 2004 contained your interview. Since then, there are some changes in your genre. Can you tell about it?
Hello! I do not see that many changes in our style since 2004. We always had weird ideas and acoustic guitars with Death Metal vocals, so not that much new on our side. 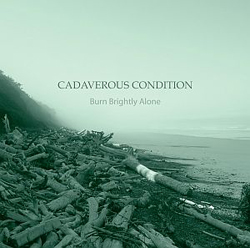 There must be some changes at the things you listen personally too…
I always discover new stuff, new bands, which are mostly in fact old bands I haven’t known of so far. But I still listen to music I already listened to in the 80ies or 90ies. Death In June, Fields Of The Nephilim, Judas Priest, The Exploited, Dead Can Dance….that never goes away. At the moment I like listening to Christy Moore, Show Of Hands, Burzum und Reverend Bizarre and just recently Babylon Whores, yes!

First, let’s talk about your album called “Burn Brightly Alone”. The recording period, releasing of album, starry…
This album took us about 5 years to write and record, we take our time… We released it on our own label, Starry. We could not get a decent label interested in releasing it, so we are doing it ourselves. We are in charge of everything, we make the music, we produce it, we make the cover, distribution, promotion etc., everything.

What about the feedbacks to the album? Are your old audiece still with you?
From what we hear so far, “Burn Brightly Alone” is regarded as our best album ever, which is nice, because most older bands do not deliver good albums later in their career, but we do! We definitely have some people that followed us and stayed with us since the early 90ies. But as we have always been a rather non-commercial band and difficult to follow, with all our strange and weird releases, it is surely not easy to stick with us.

The design of the album’s cover is quite plain and smart. What do you say about it?
It is what it is and complements the sounds, the lyrics and the images behind the music and the overall concept very well.

Our former interview was made with you again Wolfgang. You said “there is no metal band that I interest, I like KISS at most”. What do you think nowadays?
Haha, I cannot remember that exactly, but I definitely do not listen to much Metal at all (anymore), that is true, although I have to say that since the last 5 years I listen to it more again, very strange. I like some Doom Metal stuff, like Reverend Bizarre and Count Raven, which I re-discovered. In extreme Metal I nowadays listen to Burzum (but no other Black Metal), Morbid Angel (but not much other Death Metal), and of course Bathory, always…  But as with many genres, I only like certain bands that appeal to me and not the genre as such. KISS I still like, yes, especially “The Elder” and “Unmasked”.

You were going to take part in a concert in Turkey. It’s been a long time and I don’t remember if you came or not, what was happened then?
Yes, we played the Rock Station Festival in Ankara in 2004 and it went great, one of our best live experiences. Thanks to all the people who supported us there. See some stuff of that here.
There were plans to return to Turkey for more shows and even play again at the Rock Station festival, but that got cancelled, we got ripped off and lost a lot of money, because we already had our flights booked……

You said that internet doesn’t damage underground, there are some disadvantages with advantages but it’s useful for you. Is your thought still same for internet?
Yes, I guess so. It is a blessing and a curse. 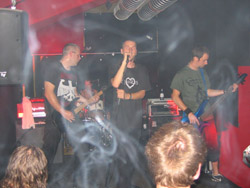 Can you tell about your plans for Cadaverous Condition that we will see soon?
No, we promote the new album and I don’t want that to be over within a few weeks after its release. This business and new releases are very short-lived nowadays and I do not understand why. This album is important and it will be years and years until we release another one, if at all. So listen closely to “Burn Brightly Alone”, there is a world to discover, this is not just some songs quickly thrown togetherm this is our life.

Those are all my questions, anything you want to add?
Thanks for your interest, please check out our sites: www.cadaverouscondition.com – www.facebook.com/CadaverousCondition
Free stream of the album here: cadaverouscondition.bandcamp.com