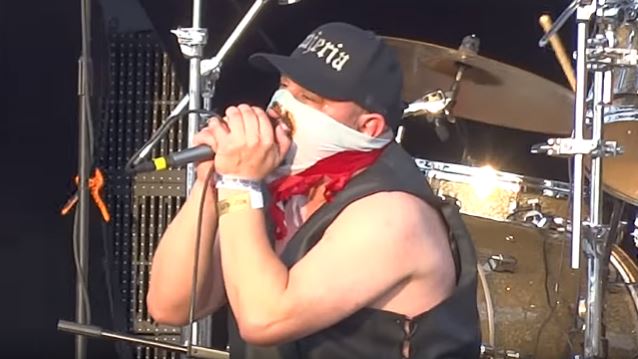 Extreme metallers BRUJERIA will release their fourth full-length album, titled “Pocho Aztlan”, on September 16 via Nuclear Blast Entertainment. The release will be followed by a U.S. tour this October alongside CATTLE DECAPITATION and PIÑATA PROTEST.
“Pocho Aztlan” is the band’s first release since “Brujerizmo” was released in 2000 via Roadrunner. It was recorded over the course of many years and at several studios around the globe. The end result was mixed by Russ Russell (NAPALM DEATH, THE EXPLOITED).
Check out the visualizer for the song “Viva Presidente Trump!” below. The track comes from their recent seven-inch release by the same name, which is now available for purchase digitally on iTunes, Amazon and Google Play.
Source: Blabbermouth