Singer Brian Werner  announced on his social media profile about leaving the  Vital Remains. The musician admits that it was not an easy decision because he devoted the last 7 years of his life to the band. However, he currently needs to focus on other things. Werner was the longest-standing frontman in Vitaly, unfortunately he didn’t record any album with the band. Let us remind you that the last album of Vital Remains is “Icons of evil” released in 2007 and recorded with Glen Benton on vocals. The band has not yet issued any statement on this matter and it is not known who will replace Werner behind the microphone.
It is worth adding that Brian Werner once served as High Priest at the Satanic Temple. 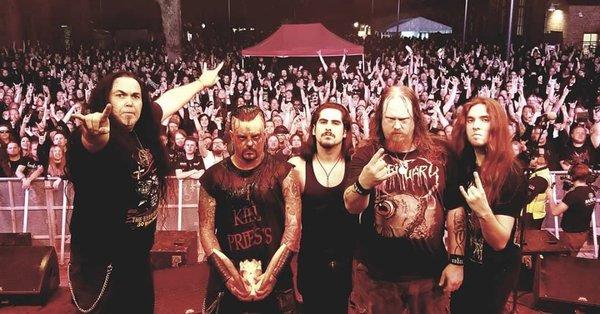