Welcome to Extreminal Webzine.As a starter present your band to our readers ?
Iago: Hey, what’s on? Here Bokluk, Death Metal from Galicia (Spain) for all of you.
Corey: Hi from this shit hole called Spain!

I want to know more about the origin of your band’s name.I’m from Bulgaria and this word means garbage/rubbish in our language.Why did you name your band BOKLUK and whose idea was that ?(Also known as Shitness in Turkish language – Cenk)
Corey: Bokluk was formed in 2007 by Tukas and me (guitars and drums respectively), after years of back and forth, in 2011 got a stable formation after incorporation of Álex and Iago (vocals and bass respectively), it’s when Bokluk really born. Months after we recluted a second guitarist called Gon but a year after, he left the band. The name has its origin when a friend from Bulgaria that we had many years ago, started saying us swear words and insults in Bulgarian to reach Bokluk, fucking retard situation hahaha. 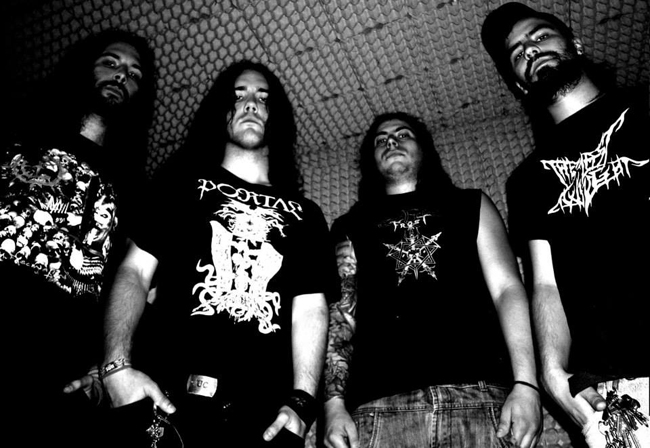 How do you define the style that you are playing and who are the bands that inspires you ?
Iago: Let’s define it as Death Metal , especially american and european bands, also influences us d-beat Crust Punk. Among the bands that influence us we could highlight Autopsy, Obituary, Morbid Angel, Funebrarum , Carnage, Carcass, Entombed, Anti-Cimex, Wolfpack, Discharge, Skitsystem…
Corey: Old School Death Metal with more Crust Punk/Grindcore influences. Bands that influenced us were all the old school bands from ending of 80’s and beginning of 90’s. We pay tribute to all the bands we like when extreme metal was not a stupid fashion for children who wanted to play to be stupid evil possers metalkids. Autopsy, Obituary, Nihilist, early Entombed, early Death, Dismember, early Carcass, Master, early Napalm Death, Wolfpack, Grave… and a long etcétera of bands. 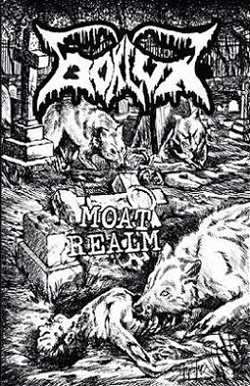 You have a self-released demo called "Moat Realm".Tell us a few words about this release ?
Iago: There are 5 songs of rotten Death Metal, direct to the balls and made with passion, was recorded in our practice room by the guitar player Tukas, and selfreleased by ourselves, now the chilean ‘zine/label Cai Cai Vilu ‘zine, has released and distributed along South America in a edition of 150 copies.

Do you have contacts with labels and is there any interest towards your band so far ?
Corey: We had a little contact with labels, we ourselves have taken over o distribute our work from underground ‘zines, labels and people interested in our work. Now we are in the spanish label Memento Mori which will release our first full length album.

Do you plan to release a full-length debut album and when will that happen ?
Iago: That’s right, it will avaliable in March/April under the title "Taphonomy" will be released by the spanish label Memento Mori. It will be 8 songs around 40 minutes.

Who writes the lyrics in your band and what are they about ?
Álex: First of all, I tried to create a gross and lurid atmosphere of classic Death Metal lyrics about Death, plagues, human degeneration… Nowadays I’m reading about new stuff I want to explain in my lyrics like diseases, deviant people, malformations, paranoias etc. etc.

Do you play often live and how does a BOKLUK concert looks like?
Iago: For the moment we play around the Iberian peninsula, when we allow it, there is not much support to bands of our style around here, we have to put it all ourselves, for April we will do a mini tour to Madrid, Barcelona and Santander. In our live show you can look at 4 maniacs spitting hatred, rage and madness.

What’s the state of the Spanish death metal scene nowadays ? Are there enough talented bands,concerts,labels,etc. ?
Iago: There is not a scene, it’s only a bullshit hole. The people, promotors and concert halls only interested in bands of friends or possers deathcore bullshit and disregard bands really worth it or can give a good show, twisting his face to the other way, it’s unfortunate, which is worn on the Spanish scene is sucking cocks each other, the "friendship" and "brotherhood" or the competition to see who gets more likes on facebook. Fuck all of them!
Álex: People doesn’t try to expand their music with the world, move on from their houses or play gigs further; they just feel happy in their houses playing for their fan-friends. I think that’s the reason we have successfully been outside of that shit, we have moved our music with people who realy love it. That’s good and enough for us. 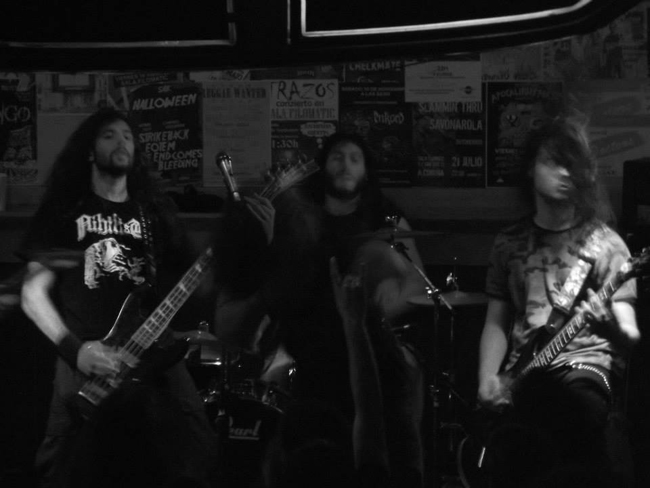 Do you have a favourite metal album for 2013 and which one is it ? And is there an album that have really disapointed you ?
Iago: My favourite album of 2013 was Meadows Of Nostalgia of Imperium Dekadenz. The worst album of last year was the last Peste Noire’s album perhaps…
Corey: My favourite album of 2013 its definitively "Ruin" of our veterans comrades Machetazo, pure honest old school Death/Grind without cheating; dark and raw as it should to be. Fuck modern productions and digital sound with shitty drum triggers! My big dissapointed of past year it has certainly been "The Wild Hunt" of Watain, they have become in the new Cradle Of Filth of XXI Century.
Álex: I’d say ‘Multiversal Holocaust’ by ZOM, ‘Up from the Sewers’ by Repuked. I think Watain was THE disappointment.

Final words for our readers ?
Iago: Thanks for the interview and interest in Bokluk. If you want to hear our music you can do it in http://boklukdeath.bandcamp.com/ and for any contact [email protected]
Corey: Thanks for your interest and support in Bokluk.
Álex: Keep reading, listening and fucking!