Debut albums can be a tricky thing to pull off yet Spanish death metal’s newest protégé BOKLUK have pulled it off and then some! “Taphonomy” is a clear contender for album of the year in my eyes and delivers a crushing display of old school death metal with a touch of Grind about the vocal work! From the demonic head fuck opening of “Psyche” and then into the carnal battering onslaught that begins with “Nomenclature 22Q13” and doesn’t cease until the dying moments of title track“Taphonomy”, Bokluk dominate, decimate and destroy! Don’t think for one second though that this is a simple slab of one dimensional aggression because it’s so much more than that. Like any true old school death metal titan, Bokluk temper their ravenous flow with bouts of thunderous, slowed pace but high intensity riff-age, so down tuned, hellish and harrowing it borders on doom! From start to finish this album breeds an ill-tempered, brooding quality that leeches into every orifice and slowly into your brain. With no filler tracks present and sublime punishing extreme metal throughout, “Taphonomy” is a decadent, barbaric offering! 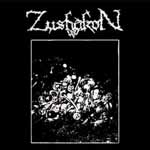