Bloodshedd are those whom the gods detest, an evisceration plague spreading pestilence across the blighted metal scene of the Philippines. In the last 14 years the band has not only been destroyed, erased, and improved, but actually begun forging a powerful discography that includes the almost-classic debut “Eye of the Pessimist.” Having made a bloodoath to push their musical boundaries farther for their second outing, this year’s “Spare No One” has the quintet not only giving their fanbase (and the world) a slaying new album, but a taste of extreme divinity par excellence. Talking to his fellow countryman here at Extreminal, axeman/death ritualist Bong Ecat waxes straightforward on all matters pertaining to Bloodshedd like honor, valor, and pride.

Hello Bloodshedd, how has the new year been treating the five of you so far?
After releasing “Spare no One” we took a little break and went back to gigging, promoting the new album, and writing songs for our third release which we’re going to start recording this June 2010 at the new Tower of Doom studio. 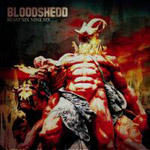 Your new album “Spare No One” is a masterpiece. How much pain and sweat went into it, from writing to recording?
Wow!!! Thanks for the compliment bro!!! Making and playing music is what drives us to move forward. We are still inspired and never tire from creating and playing music. After a long day at work (day job), it is the music that drives us to move on. Our albums reflect what we want to bring out; the pain and sweat from life’s challenges.

But you all have day jobs. Did scheduling the recording sessions become as much a headache as when you were preparing your debut “Eye of The Pessimist”?
Time management is one of our golden rules in the band so it (recording “Spare No One”) really didn’t cause that big a headache when it came to scheduling. There is always a time for everything. We believe in the importance of maintaining discipline in the band especially when it comes to Time Management. There’s time for practice, work, family, recording, and time for you to die! Hahahaha!

I’m really impressed with the songs on the disc. I know that “Time For You To Die” and “Collective” were already being performed live by late-2008. Which compositions from the new album took the longest to write and prepare?
All songs in the album averages one month’s worth of writing plus the recording process. “Spare No One” was a one month, one song process.

I can hear a lot of experimentation on your new album compared to “Eye of The Pessimist.” What influenced you to incorporate Jazz into your brand of straightforward death metal?
We were inspired by our progressive influences like Cynic, Dream Theater, Atheist and bands whose style is diverse especially in making transitions from metal to jazz to trance, etc. This is clearly reflected in our way of writing songs on the “Spare No One” album. 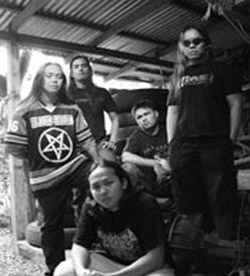 “This House of Termites” has a wonderful Jazz breakdown that also morphs into a segue of Spanish guitar before the soloing goes full swing. Was executing a track this progressive a real headache or did you plan it to perfection?
As mentioned above, our influences in music reflects on our songs. I cannot say that it is ‘perfection’ because we intended to enjoy and have fun making our music, so it is not a headache as well.

I noticed that the Jazz pieces on the album arrive piece-meal. There’s very little of it on “Collective,” a little more on the title track “Spare No One,” then it’s just insane and all over the place for “This House of Termites.” Was this progression intentional?
Intentional in a natural way, I think. Hahaha! We just write songs as we feel like to write them as long as we feel fine about a particular song then we record it right away.

Considering how much you’ve grown on the new album, in retrospect, which do you love more today, “Eye of the Pessimist” or “Spare No One”?
We love all our albums bro. Every album reflects what we have been going through and we just write songs to exorcise the pressures we go through from the everyday issues like work and problems.

Among the album’s many highlights is Toots Book’s drumming. I’m amazed at the fluidity and skill his drumming has. What kind of practice regimen does he maintain? Judging by how he sounds, it’s almost like the guy spends every waking moment behind the drums.
Behind the drum pad!!! Hahahaha! Toots plays the drum pad every day. He lives to play drums and will die playing drums!!! He is the machine that pushes the band.

The band was formed all the way back in 1996, with numerous lineup chnages since, and Toots Book is the longest serving member. But he’s a quiet guy in real life. How much does Toots’ decisions matter in the band’s future plans?
Toots has always been a quiet and very humble dude. I can’t say anything more about him. Bloodshedd has always been the-band-without-a-plan. Hahaha! The band’s goal from day one was to always play [extreme] metal music. It’s our passion and we get a strong sense of enjoyment from doing this.

Why did Bike (“Buick” Vinas, lead guitarist) leave the band?
Bike did not leave the band. Bike will still be part of Bloodshedd. He just got busy doing other things so he cannot continue as a performing member of the band. As friends, we are still very much brothers. 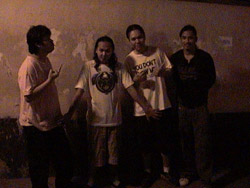 And how soon did you get Darwin on board? What background in the scene does he have?
Darwin plays guitar for Anhura and is our longtime buddy for years now, so it was not a problem to get him aboard and play for Bloodshedd.

Are you still itching to go back inside the studio and record a new album, especially with Darwin in the band? Or would you much rather prefer spending the rest of the year promoting “Spare No One”?
At the moment we are promoting “Spare No One” and at the same time rehearsing the songs for the third album. We have already written over 10 songs for the third album and but we haven’t decided which songs to put in it.

How long have you known Eric Perlas (the owner/founder of Tower of Doom Records)? When did you first meet? Do you still have a lot of fun working together?
We owe a lot to Eric and his brother Carlo, hands down to them. Tower of Doom has always been supportive and great to us. We’ve been buddies for over five years now. We met at the old Mayric’s club in Manila.

The Siege Tour is Tower of Doom’s annual cross country jaunt where it brings its bands around the country. This is almost unique in Philippine music history. Do you feel proud that Bloodshedd are slowly but srely leaving its permanent stamp on the lcoal music scene?
We can say that we are very happy and feel accomplished for being part of what we call “Philippine Music History.” 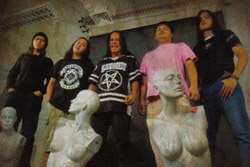 There are a lot of metal bands in the Philippines who have what it takes to attain global success, only they don’t have the same opportuinites as their European counterparts. Can you recommend several Filipino bands tour reader’s should check out?
They can log on to Filipinometal.com and listen to great Filipino metal bands. There are so many to mention and we recommend all of them.

The band enjoys a lot of visibility in the local metal scene. When each of you first decided to learn music to become musicians, did you envision ever getting its far with your passion?
We just wanted to live our dream, and that dream is to be part of Philippine Music History.

The band already opened for Archenemy when they played here for the first time (October, 2009) and Bloodshedd has also performed in Manila based music festivals. If you had the resources and time, where would you like to take the band?
We will play for long as we can, bro.

You’re all dedicated musicians so naturally, you must be in love with gear. What are the weapons in Bloodshedd’s arsenal?
Jojo (Book, vocalist) uses his Raon Wireless Mic System. I use the seven string Ibanez and Zoom G2. Darwin uses the seven string Ibanez and Zoom G2R . MC (Santiago, bassist) uses a five string fretless bass and Zoom B2. Toots uses his Gibraltar Double pedal. 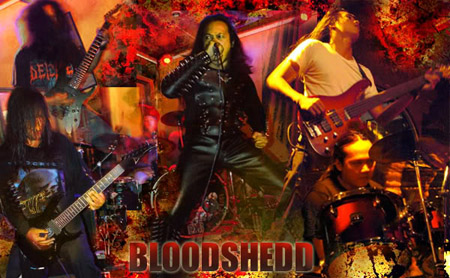 Who are the artists who inspire you to become a better musician?
For Bloodshedd it has always been the Tampa Florida bands like Death, Malevolent Creation, Morbid Angel and the ‘classic’ Swedish bands like At The Gates and even Soilwork. Also German bands such as Sodom and Dew Scented.

Thanks for your time Bloodshedd, it’s really appreciated. Do you all look forward to the day when you can quit your day jobs and pursue music full time?
Thank you very much Miguel. It’s been a great honor and pleasure. 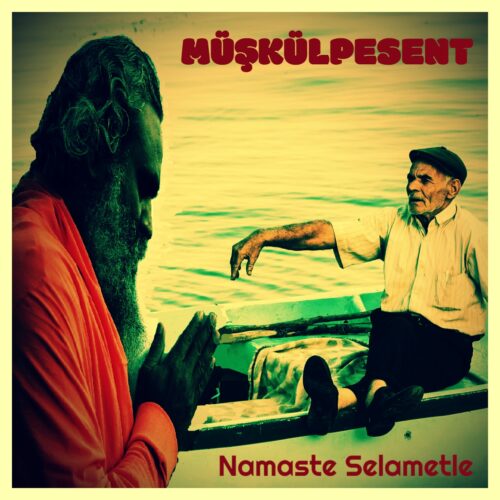 Per Ohlin’s Suicide or Murder?