BLAZE OF PERDITION are set to release a new album in late Summer through Pagan Records titled “The Hierophant”. The album just got mixed and mastered by producer Tore Stjerna at Necromorbus Studio in Sweden. The band have revealed the artwork and the the tracklist for the album. 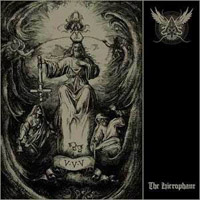 Tracklist:
01. The Hierophant
02. Back to the Womb
03. Into the Hidden Light
04. Let There Be Darkness
05. Gospel of the Serpent’s Kind
06. I Am Thy Plague
07. The Tower of Loss
08. Speak of Me Not
09. The Grail of Transfiguration
www.blazeofperdition.pl