How are you,Lefteris?How is life going on band’s camp?On the other hand,is everything alright in Greece nowadays after that economic chaos?
Hello and greetings form Bio-Cancer camp! We are doing all right band wise i guess.Things in Greece are pretty much the same, nothing has really changed , all that economic and political chaos is still upon us and we expect it to be a lot worse in the future…

How did you form the band?Before that,what bands you were in?
Nothing special to say here just 4 random guys decided to play their favourite metal genre, the rest as they say is history…

How did you contract with Candlelight records?Are you satisfied with that contract?
Well they contacted us first and offered us a contract when they found out that we had a new album on the way.Of course we accepted and their offer was pretty good, it was exactly what the band wanted right now.

How did you find your sound and style when you formed the band?Just said to each others,’’hey,let’s play some thrash’’ or an organized thing?
We just wanted to play fast, aggressive thrash from the beggining.Our style is the same from day 1 till today, we did not try to play something specific ,only what felt right for us. 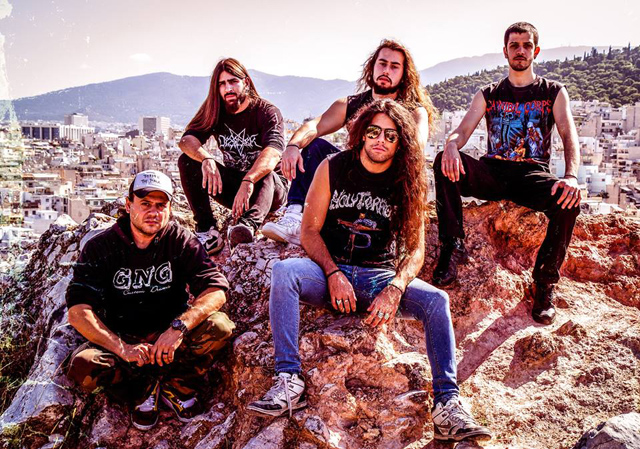 What kind of a thing being and raising a metalhead in Greece?We know that there is a huge scene and lots of fans,what are the similarities and differences if you compare your country to others in Europe?
Sure we have lots of great bands and fans all over Greece. I am not sure about the differences with other countries but im sure that Greek bands and especially thrash ones have tons of stuff to give and many of them are taking the next step (touring,getting deals with labels etc.)Now being a metalhead in Greece is not the easiest thing in the wold but its not the most difficult either.(For now at least)

In my opinion,Ear Piercing Thrash is a well-developed crushy thrash album and you started to get well-known around metal music world after that release,so how are the reactions from listeners?
We had lots of possitive reactions from listeners,zines and from virtually all over the world and of course Ear Piercing Thrash is responsible for getting that contract with Candlelight Records so thats got to mean something! Of course we had some negative comments as well but i d like to beleive that we ‘’corrected’’ every flaw that EPT may had! 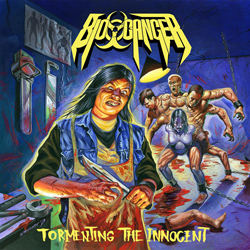 I saw that you started a foundation online for new album recording ,did it help you to record Tormenting album?How were the reactions?
Yes we reached our goal and we have to thank every friend of the band for the contribution! It helped us big time to finish the recordings etc faster. The reactions were kinda mixed many thought that this was a cool thing to do others thought it was ‘’begging’’.We disagree with the last comment but everyone is entitled to his own opinio of course.

How was the recording process of Tormenting the Innocent album?Are there any change in process of writing songs in new album?Are you happy about the results?Are you satisfied with new songs?
The recording process went great and we managed to get exactly the sound that we wanted. The writing process was pretty much the same with our previous effort but of course the new songs sound more mature and way better that our old ones.We just have to wait for the listeners to see if thats the case haha.

You released a split album with a Turkish band called Destructive from a Turkish distro couple of years ago,how was that happened?
Coffinfeeder Distro (also from Turkey) arranged this for us , he contacted with Destructive and put the whole thing together back in 2011 i think.

You shot and released a new video for Bulletproof song from the upcoming album Tormenting the Innocent,is it a request of Candlelight or you want it from tha label?Or is it an independent decision of band?Are you satisfied with that video?
It was a mutual decision, we never made a video clip from our first record so we knew that now the timing was perfect.And of course the label wanted this too so we got really busy and gave our best.We really liked the video very much,in fact we think it is absolutely killer!

What is your lyrics about,Lefteris?Have any concepts?What is your favourite issues in your lyrical world?
We have lots of themes from personal stuff to political etc etc. I really like lyric stuff where the listener can reflect on, or some really violent stuff which you can find on Death metal or Grindcore.

You will give a show in a week in İzmir,how are you feeling about it?Meanwhile,do you have any touring plans after the new release?
We can’t wait to thrash the place along with our Turkish friends like we did 1 year ago in Instanbul. When the new record is out we will definitely look to tour as much as we can for sure.

My questions are done and finished,brother.Please say your last words to our readers and fans…
Thanks a lot for the interest! Just keep fucking supporting metal!