Hi, the beginning question is: what has been the greatest adventure of your life? 🙂
That’s a tough first question! I’ll assume it is band related and not personal, which makes the answer a little tricky since Barús has only existed officially since March this year. The whole process of getting the band together, defining goals and recording our first EP has been an awesome adventure… we should have some more compelling stories to tell as the band continues to move forward. 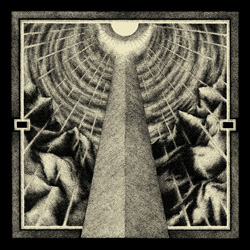 Your last release is your new, debut EP. How have the general reactions to the CD been so far? Do you think you got the production you were looking for?
Response so far has been great. We have had very positives reviews for the EP so far. It is only available in digital format at the moment; we're working on a CD release somewhere near the end of 2015. Concerning the production we recorded and mixed the whole thing ourselves. Despite having to do everything on our own time and with a very limited budget I think that the final sound has a certain charisma to it and does justice to the songs and the aesthetic that we were aiming for. So yes, I feel that we reached the production we wanted, even though we will be able to perfect our sound for the band's future releases.

Your music is sometimes hard tangled and twisted. What about the process of creating songs? Do you write in the practice room or at home?
The creative process we go through is fairly natural. In general one of us starts by recording some demo elements at home, whether it's a couple of riffs or a complete song. Much of the writing process is basically starting from a simple idea, pulling that thread and seeing where it leads, while trying to remain unbiased by external elements and just letting things happen. When it gets to the point where you are no longer hearing a series of riffs but feeling an emotion, a certain atmosphere… that usually means that the song is going somewhere.
Once these demo versions are built we play them together and usually tweak things here and there. The lyrics and vocals on the other hand are almost exclusively written and thought out by Keithan, our vocalist. He takes some time to let the music soak in, and then proposes the lyrical content and vocal placement.

You define your music on facebook as a death metal, but I don`t know it`s a apropriate4you mix many different genres together, I hear there some of black metal, post-metal, even I hear djent there and other styles – does this reflect your personal taste?
I think that Death metal remains the anchor of our music, but we definitely draw from many genres. The theme and feelings expressed in our music can be conveyed through many forms of metal or even different musical styles altogether. We're definitely more interested in exploring certain moods rather than qualifying to one genre in particular, and that reflects our personal tastes in music and life in general.
Our music aims to be powerful, grim, aggressive, murky, sometimes nauseating, which we feel is mostly represented by Death Metal. So even if, for instance, you find some rhythmic work more akin to djent (or experimental metal as it was called before it all went downhill – I’m not a fan of modern "djent") it always integrates into this raw aesthetic, with similarities and influences from the old school death scene.

What is the meaning of the cover of your EP? Who is its author and is that harmonizes with the lyrics?
The cover has a strong meaning in regards to what we express in our music. To be more precise, Keithan generally forms mental images associated to the songs during the writing phase. The artwork is a result of this process: it represents something symbolic, difficult to apprehend, magnificent and terrifying at the same time. It was made by Alexander Brown, who we asked to represent this iconic structure with his own artistic sensibility; we wanted the pillar to seem as if it could fall at any time.

Lyrically what kind of subjects do you write about?
The lyrics are mostly introspective and relate to existential questions. Keithan’s writing deals in an abstract manner about emotional struggles, the sensation of death, self-doubt, and the way these things define us as individuals. But most of all, the lyrics are composed with a narrative structure that ties the songs together. Secular and esoteric auras are mixed together to bring forth something mysterious.
We could go into more detail, but we prefer not to tell too much. Mystery is the friend of knowledge, contrary to what we are usually led to believe.

Being a part of the French scene how do you see it? Are there any upcoming bands that people should look out for?
In the last few years there have been quite a few interesting bands coming out of France, especially in extreme metal, sometimes with an unusual and avant-garde approach. I think the last few records of bands such as Deathspell Omega influenced quite a few people and also put a bit of a spotlight on this kind of thing coming out of France.
I think the French scene is probably the same as everywhere. Quite a lot of average or bland stuff but when you dig a little you find many hidden treasures, sometimes completely unknown to the general public. As for bands, a lot of good stuff is coming out of the French underground label "Les Acteurs de l'Ombre", The Great Old Ones for instance. 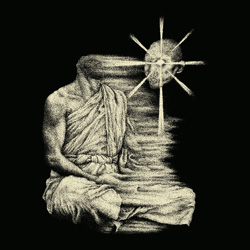 How do you look back on the shows you did so far?
We've actually only done one show under the name Barús, as we officially "unveiled" the band when we released the EP in March. The show was great though, and we are getting ready to play a bunch more this coming fall.

Besides Barús, are you currently in other bands? Or you played before your current band?
Most of us play in several bands. Two of us play in Maïeutiste, a black metal band, whose first album will be released via Les Acteurs de L'Ombre this September. Marco, our guitarist also plays in a Brutal Death band, The Walking Dead Orchestra, and Keithan also plays in the black metal band Caïnan Dawn. Other than these most of us also have some projects outside of metal, ranging from grunge to ambient electronic music.

You live close to the mountains of the Alps in Grenoble. It is rather a medium-sized town, right? Are there any other bands there? What is the condition of the local scene?
Yes it's a pretty mid-size town, it's quite dynamic but still feels comfortable, it's a human scale where you can get to know people and places, and do your own thing.
There are a bunch of metal bands, maybe not so many which play Death Metal, but a few notable ones. The black metal scene is going pretty strong lately as well, especially if you consider Chambéry (45mins away, in Savoie) as well. The scene in Grenoble is good, however it can be a little self centered at times, so we're also trying to get exposure outside of it.

France is a very tolerant country, where there is a lot of immigrants. In our country there is a lot of discussion about the various consequences of the influx of Muslims into Europe. Could you tell us what is your opinion on that?
I think that tolerant is maybe a bit of a strong word given some recent developments but I suppose we’re not doing too badly. To be honest as a band we feel no interest in bearing a political message or vision, our music aims for a more introspective or even philosophical scope. What is often seen as “issues” stem from social disparities, cultural differences… people have a very large tendency to make over-simplifications, sometimes scary ones and it invariably ends in hate channeling more hate and so on. I’ll leave it at that.

Are the French people pay attention on that what is happening in Eastern Europe? Are the typical French pay attention on the condition of the distant countries of the European Union as mine and how is their opinion about that and functioning stereotypes?
To be perfectly honest I think that in times of economic crisis like this people become very much self-centered. You see things from afar in the media, for instance the situation in Ukraine, but very few people (myself included I have to admit) go the extra mile to build their own understanding and find out more than what we are fed on a daily basis, which is more often than not quite biased.

How does 2015 look for Barus?
The end of the year is looking great for us. All being well we should have a physical release for the EP, we have some great gigs coming up, including one with Temple Of Baal and Malmort. Our first full length is in the works, the writing and demo recordings are almost finished so we should be getting into the actual album recording sometime around November or December.

Anything you'd like to add to conclude this interview?
Thanks for proposing this interview and giving us some exposure in Poland! I hope we can come over and play there sometime in the future. For anyone interested in our work, head over to : https://barus.bandcamp.com, our EP is available for download/purchase (name your price), keep an eye out for a physical release sometime late this year!