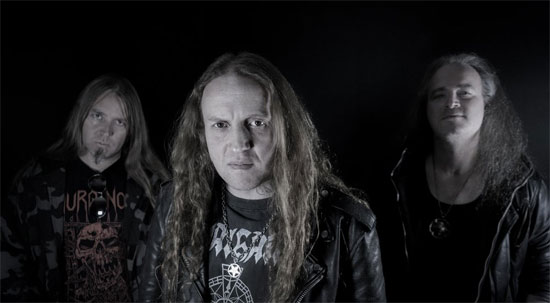 After  six years of silence ,Norwegian Aura Noire’s new album “Out to Die” will be released in end of April is called “Aura Noire”. As we read in the note from the album “Along with ‘Aura Noire’, a title that obviously matches the band’s name, Aura Noir delivers some of the most recent and at the same time nostalgic thrash metal songs you’ve ever heard. The album opens up a retrospective riff, but immediately afterwards, we are thrown into the wonderfully diverse and engaging atmosphere of Aura Noir. Aggressor’s roaring flames shackle a wide range of riffs with the work of drums, culminating in the essence of thrash, this is Aura Noir! ”