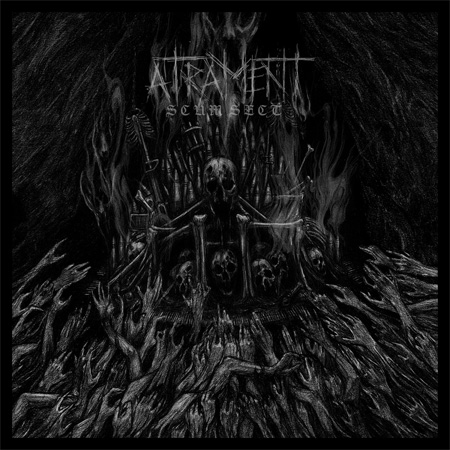 The US-based Combining black/death metal and crust punk band Atrament, in which we can find present and former members of Abstracter, Necrot, Vastum and several others, they release their second album ‘Scum Sect’ on September 28th. For the release correspond to the California Sentient Ruin Laboratories (along with Caligari, which is co-editor of the cassette version) and the Swedish Blood Harvest.

You can listen to two songs from “Scum Sect” below:

LETHERIA released new video ''One Spit of a Thousand Swears''