Hi! What`s up? 🙂 First of all, to someone who hasn’t heard your music how would you describe it? Where does the band get its name from?
We would have to describe our music as a kid with musical autism and A.D.D. who conducts a progressive metal train of doom. When we were tossing idea’s back and forth Russ came up with the name Assassinate The Following… and we all really liked it. It sounded catchy and unique. The meaning is to represent being you and not following in the footsteps of others. Creating your own path so to speak. 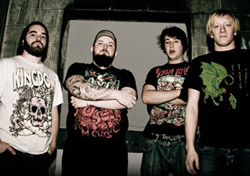 Your last album is "Massacre Of The North". How has it been received by the fans and media?
Massacre of the North has been well received by everyone with more of an audience difference than we expected. Many non-metal fans have enjoyed the album as well as die-hard fans. It’s been really great to see the diversity of people coming together of a single album.

What could you tell about the works with a full-lenght? Where do you record it and what about the expectations? More brutal, more technical or completely something other? Do you feel any kind of pressure with this album?
Putting together our next album has been bigger than we have previously thought it was going to be. Organizing the music arrangement in a musician and a listener’s point of view has been a big focus as well as giving a story for people to relate to in the lyrics. The lyrics are also meant for people to think and interpret them in their own ways and to view things in ways not normally seen. The album is definitely more brutal, technical, and anything else you can think of. We’ve really stepped it up for this album to show people what we can do and what we’re about. 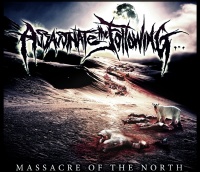 Compared to "Massacre of the North" where do you think the biggest difference in the music is nowadays?
The music now, is focused on structure and listen-ability. If people can listen to something and notice the flow of a song and how things are put together then that’s what we want for this next album. It is much more mature than Massacre of the North.

In December 2010 you recorded the first video to "I Once Was". Are you satisifed from the final effects?
Most definitely! The video brought us lots of exposure to new fans that had only seen the video. It was nice to hear the positive feedback and also to see such a cool video for an awesome song.

Who mostly writes the music and do you write songs all the time or just in periods?
Brandon White writes most of music and this album was done over the last 2 years where Drew and Brandon wrote Massacre in different periods. So we kind of play both ways. Drew writes all of the lyrics though.

When writing the lyrics, what inspire you for this album or do you have a specific visual or theme in mind already when approaching the lyrical aspect of it?
The main inspiration that keeps everything running is the thought and idea of perfection through nature. So, finding that balance with life and nature that creates a perfect process. The theme of the album is about the fighting conflict between human instincts and belief in higher powers. It’s a story about the divide of the soul and man.

You music have a lot of clean vocals. Could say something about what you think it adds to the music?
It adds character and dynamics. It’s easier to use clean vocals to tell an important part of a story than to have someone yelling morals at you. They also sound really nice if you can put a catchy melody on it. 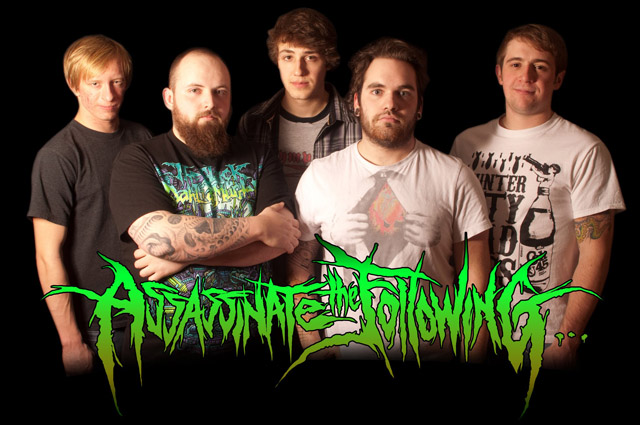 Can you give me a taste of what a true Assassinate the Following concert experience is like?
It’s a mixture of concussive stage acts, monstrous vocals, face melting lead guitars, and an all around tightness that would make a virgin jealous.

Would you agree and do you feel the band has developed since your last release?
Most definitely. We have all progressed as a group, as well as individually. I think that our growth as a group and as friends will be noticed in the music of our next album. 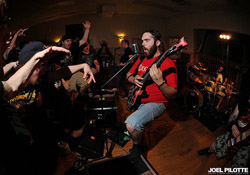 What’d be the lineup of your ideal ‘supergroup’ (of course, you can have either living, dead or undead musicians among the ranks)?
This is a very tough question. I would have to say… on drums: Blake Richardson, on bass: Les Claypool, on rhythm guitar: Paul Waggoner, on lead guitar: John Petrucci, on keys: Jordan Ruddess, on vocals: Freddie Mercury and Craig Betit.

What could you tell about the canadian scene? Do you know the members of bands like a Beneath The Massacre, Despised Icon, Comeback Kid…?
The Canadian Music Scene is spectacular. We have so much to offer and people count us as the underdogs. One-day Canada will rise, and show the world how brutal our metal is and how we can most definitely keep up with anyone.

What are your goals from now on?
Our goals are to tour and learn as much as possible and to meet as many friends along way as we can. We want to change people with our music and we can only hope that people will see the potential everyone has.