Hi, first question is when was the last times you laughed and what was it about?
Can’t remember, but probably reading a funny book or something like that. 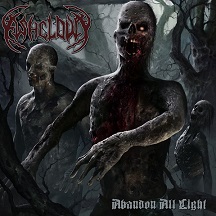 You`ve released a debut album named “Abandon All Light”. Compared to demo recordings where do you think the biggest difference in the music is nowadays?
I think there is more traces of crust punk on the album than on the demos. You could tell that the element was there, but not as prominent as on the album.

Your line-up is listed as a duo and no one of you isn`t a drummer. Who recorded the drums on your album?
Fredrijk Van Daaten plays on the album, he is very reliable and we used him for some work with my other band Wombbath as well.

You are a swedish/british band. You work at a distance or you live in one country?
I moved to Bristol UK just over 2 years ago, so we live quite close now. Though with today’s technology there is no issues working on a distance. I am in a few other bands all located in Sweden, and it works ok. 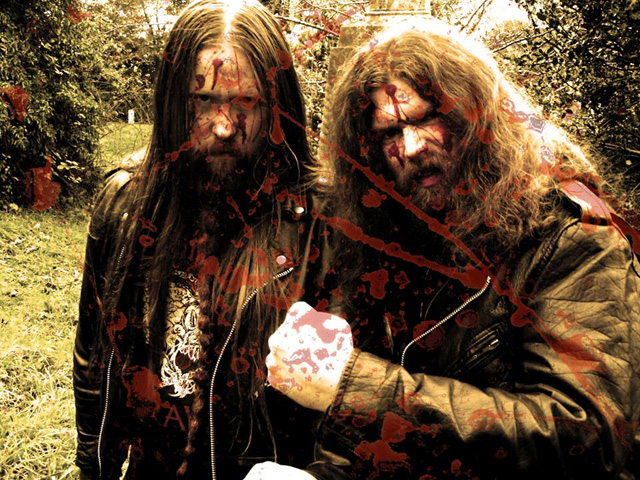 Is functioning as a duo has more advantages or disadvantages?
For us the band we are and how we work I think it is an advantage. I think it would be hard to get someone else to be a part of what we got going when we write songs. We get closed off to the rest of the world and all that matters is our music when we are in the process of writing new songs.
Once that is done it is easy to bring in other people to collaborate on our stuff. We give them a finished product or template if you will. 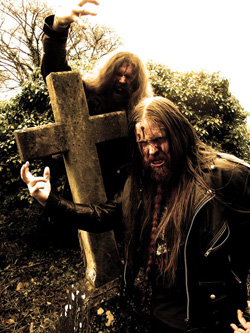 How did you guys hook up? Does your relation relies heavily on the cooperation of music or you friends who drink themselves into a stupor together and talk about everything too?
We meet at Bloodstock Festival many years ago, and we have been friends ever since. We meet up a few times every month to drunk and listen to death metal.

You music has draws heavily from swedish scene. What do you think is the reason that the Swedish death metal scene so developed in 90`s and its style of playing has become the next American’s most prized and distinctive in the world?
Sweden has always had rich music heritage, and I think the fact that music was so accessible in Sweden at the time compared to a lot of other countries. Mix that with the fact that there was no inhibitions to be or play a certain way. The early bands of the 90s used health mix of punk and metal. And with the sense of community that was you get people pushing themselves to sound as good as they can. If your mates records a kick ass album, you don’t want to release some half assed crap. You want to be even better. Add Tomas Skogsberg’s all so important part as the man who invented the Swedish buzz saw sound and you have a recipe for great music.

How important for your music are influences of crust punk? Do not you relate the impression that these scenes are quite separate from each other, though they could learn a lot from each other and draw inspiration from?
Curst punk is very important, it’s a genre that has played as much of a role in my life as death metal has. And I think that they are closer than a lot of people realise. Both genres are driven by aggression and intensity. As the old saying goes, “extreme music for extreme people”. 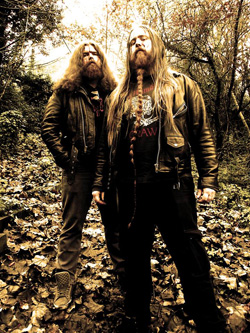 I saw that you have a lot of reviews of your new stuff. What the fragment, phraze etc. in its content that most surprised you or made you laugh?
I think the funniest and weirdest one was a review were someone compared us to new Sepultura and Slipknot.

What’s the most fun part of being a musician?
Wring music. That point where you are working on a new song and you get engulfed with that song, the rest of the world disappears until you are done, and nothing else matters than getting that song the way you want it to be.

If you could listen to only one CD for the rest of your life, what would it be?
That is a really hard one, but I think it would have to be Wolfbrigade – “In darkness you feel no regrets”

What are your goals from now on?
Write and record more crusty death metal, we work with an punk attitude and will try and release as many splits and EP’s between each album.

Anything you’d like to add to conclude this interview?
Thanks for a good interview and keep supporting the underground scene!