Hi, first question is: what is the worst possible name to call a child for you? 🙂
Tiago Correia: Marco, Flávio, Diogo, Ricardo… horrible names.

First of all I would like to congratulate the killing new album. How long did it take you to compose it? Are you satisfied from the final results?
Thanks a lot! It pretty much took the time since the band was formed until a couple months before the release, which was just over a year. We couldn't be happier with the results, our producer Miguel Tereso did a magnificent job with the recording and mixing, giving extra life to our songs! 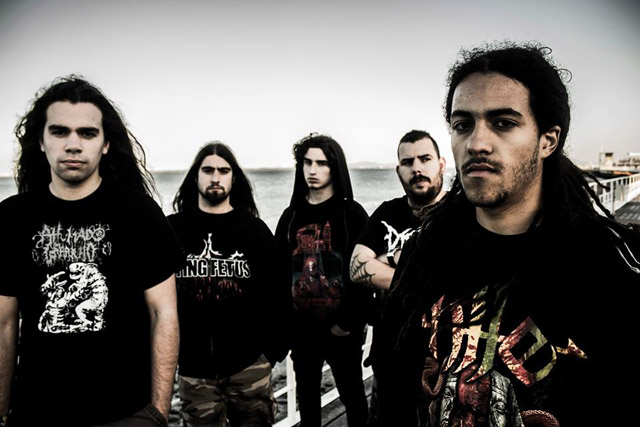 Are you going to go with this material in some european tour or you didn`t think about it yet?
It would be awesome to go on a tour! We don't know if that is possible yet but we sure would love to do that. For now we are only confirmed at the Slamming Brutality Vol.3 fest in Germany!

You collaborate with Vomit Your Shirt and Rotten Cemetery Records. What about the cooperation in general? What are the tasks incumbent on these companies in relation to you?
The cooperation went really well. Micael (Vomit Your Shirt) is a long time friend and he immediately made himself available to release our debut EP. Meanwhile we received a proposal from Rotten Cemetery Records to make a split release with both labels and having two versions of the EP, the portuguese and the chilean one. We saw it has a good opportunity to promote the band. 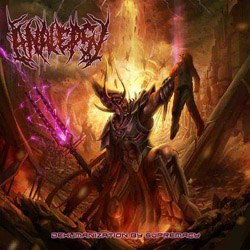 I know that Analepsy is not your first band. Where did you play before?
Our guitarrist Marco plays in Brutal Brain Damage, the other guitarist Diogo plays in Trepid Elucidation, the vocalist Ricardo played in bands like Formaldehyde and Panic Room and I (Tiago) played in a band called Atheos God.

What do you think, the pursuit to ever more extreme music guides people similar like drug addicts to heavier drugs? 🙂
Ahahah great question! I think its a good comparison and to some extent it seems to be exactly it, even though it seems to me that we are reaching a point of ridiculously heavy stuff, thus making it super hard to make another step towards extremity.

What can you tell about the vocal technique? Do you use inhale/exhale mainly?
I (Ricardo) use both inhales and exhales, the piggys and the more vomited vocals are inhales, the guttural growls are exhales!

Recently conducted some research on the impact of heavy music on mood and scientists came to the conclusion that this type of music make people happy and calm its listeners. However, it should be noted that these studies were conducted with songs of bands like Slipknot or the Tesseract :). Do you think that if instead people would listen to slam or gore grind results would be similar? 🙂 How brutal music affects your mood personally?
Ahahah, well, for me slamming brutal death metal usually awakens the more euphoric feelings which are complete opposites of relaxation and peacefulness. But I fell great listening to this kind of music, it gives me strength and hope actually.

Being a part of the portugal scene how do you see it? Are there any upcoming bands that people should look out for?
Yes! Portuguese underground has a lot of good bands that should be touring outside of the country. Unfortunately most of these bands don't even have the possibility to play a single gig in another country… As of more brutal death bands there are not many, we have bands like Fungus, Grog, Dead Meat and Bleeding Display. To the thrashier/groovier side there are more like Destroyers of All, Terror Empire, Switchtense and Burndamage.

As it is today, what would you say are some of the biggest problems with the metal scene today?
Well, it is what it is. I think we should do the best we can with what we have but the scene would be a lot better if there was a bit more following, or in other words, if more people would listen do this kind of extreme music. But it's very underground and unknown so we couldn't be expecting a very huge scene. 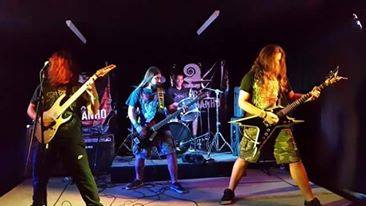 You have to wear a t-shirt with one word on it for the rest of your life. Which word do you choose?
Bacon.

If you were a professional fighter, what song would begin your fights?
Nile – What can be safely written; for some entry epicness!!

How does 2015 look for Analepsy?
It has been so far the best year for the band! We released our debut EP, we played most of themain festivals in Portugal and in November we are going to play outside of the country, in Germany for the first time!

Thanx a lot for interview. Anything you'd like to add to conclude this interview?
Thanks a lot for the interview and questions! It was fun to answer. We would also like to thank everyone for all the support and opportunities provided! Cheers to you all!