What does the name of the band stand for? What does it have to do with your music?
Abstruse has several definitions such as ambiguous or not clear, hard to comprehend, occult, dark and deep. These definitions when brought to our music deal with complex darker harmonies and rhythmic structures or encoded lyrics and icons to provoke deeper thoughts or emotions.

How would you label or categorize your music style? I would say that you have many dark and mystery hidden inside, but how would you call your creations?
We do not label our music in a strict sense, although having elements from different styles with the strongest one belonging to the metal genre. Our emphasis is on the mood or character we want to create which as you very accurately described has a mysterious essence within it. 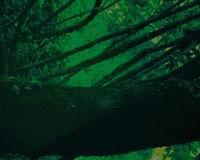 You use image and visual elements to accompany your music. Even your official website shows this combination of visual and audio elements (and I must say that it’s one of the best sites I’ve seen around the internet!!). How was this idea come up?
We are viewing art as a whole.All the senses tie together to form a wholistic piece of art ,a ‘gesamstkuntwerk’ (Kandinsky’s term).Thus we have established a system that co-relates different senses using analogical relationships. Gestalt psychology gives a reflection of what we do,as two or more things combine to bring a ”third something”.

What people tell you about your music and your general style? Are they surprised or somehow captivated or what, by what they listen?
Peoples’ reactions so far are very positive which is good ,as it provides us with more passion to create better results. Persons that hear different styles of music ,for example extreme metal or soundtrack scores embrace our creations and in a sense the mystery that encompasses our music seduces them and they are curious to see what will come next.

Have you done any live shows using all this audio-visual combination on stage? Which were the reactions of the audience?
There have been no live shows yet but it is an open challenge for the near future. We want to use video-art along with music, light effects and even odor-producing smokes all in a respectful analogy. The only open exhibition that we have participated so far is the Athens Video Art Festival 2007 with the Substant’s work ‘Neuronal Forest’.(Music :Abstruse, Digital Art sampling: Veiler)

What are the themes that your songs deal with? Which are your inspirations and how do you realize and translate them to have this outcome?
We deal with themes with philosophical, scientific or social implications such as freedom of will, dna spiral and evolution of mankind, parallel universes, alternated states of mind and others.
Our scope is to bring a transcedental state of mind, one that comes with transgression of conservative beliefs and conventions, for to free ourselves from all illusions, to awake in a state of freedom, releasing all the ‘chains’ that bound the human animal ignorant and non-sensely hateful. Such a boundary is the religious cult and it s following. And generally any obeisance to any form of political, ethnical, racial or even musical ‘cult’. 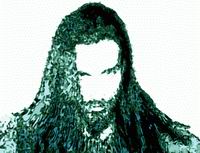 Have you been influenced by any bands and which? I mean, your music is strange and weird and to be honest your songs reminded me of no band I’ve heard, but you must have some influences…
We have in the past and we still do listen to different forms of music such as extreme metal styles (Thrash, Black, Death, Doom), ‘serious’ 20-th century music (Stravinsky, Prokofiev, Schoenberg, Messiaen, Yashiro), soundtrack scores, psychedelic trance, ambient, flamengo and the list goes on…Despite that, our main influences are by the music motifs or patterns that we use. To state it better, we believe that each mood has a corresponding musical pattern(order of intervals).Modern science is positive to that too.Thus when we want to invoke a certain mood we use these along with our instict. That’s why sometimes our music does not remind anything at all.

Your music made me think that it would be used as soundtrack in a mystery movie….like eg. Blarewitch Project or similar. Have you thought of making something like that?
Of course we have thought of that and in the present time we use animation and video-art along with our music to bring certain concepts. In the future there is an open possibility to create a movie that could be also included in a concept-album release.Thus every song will be a chapter of the film and all together will structure the whole theme.

How do you achieve this combination of live instruments and programming ones? I know that you use e.g. drum machine and real drums. How do you manage to make them sound equal?
We use each sound in combination with the character of the song. This means that songs that demand a more straight-forward feel correspond with live instruments’ use. Others that are more chaotic or industrialized ask for programmed sounds and samples. Sometimes too,we mix them both into one, with a care to use proximate sound-colors. Veiler for instance has created a midi electric guitar with all the sound-colors of a real guitar.

In your site I saw a section called “Secret Order” where you say about the scales you use. To tell the truth this is the first time a band is talking about things they use in their music. Tell me about these scales you use. I really didn’t understand exactly what you do, so give us some details.
We use a number of rare scales that apply to the moods we ask for. Substant has developed a system that is called ”Orders”. This system in a few words states that each mood is created by intervals relationships which are stated in semitone numbers. Thus the very common minor arpeggio-mood is the series of intervals 3/4/5/3/4/5……This means that from the root note we move above three semitones, then from there we move above four semitones and finally from where we are other five semitones.notice that all together sum 12 which is the octave.This means that the order will continue literally to eternity. (Because the note of the next three semitones will be the same with the note of the first three). Notice the very interesting fact that the major arpeggios’ order is 5/4/3/5/4/3…. which as you can see is the opposite of minor’s one. If this was confusing in simple terms each musical order is correspondent to a certain feel. 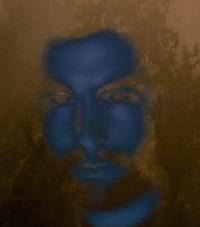 What more elements would you add to your music? You’re already a lot different than what we listen around the metal scene. Are there any other unique moves you already have thought and wanna add?
By further studying the relationships of different senses we plan to use a more specific and avant-garde system with even stranger images ,non 12 phthong music(intervals smaller or other than semitones) and a way to correspond each visual element such as height, volume, color with stereo balanced effects, sound colors and specific musical patterns.

You’re only two in the band. Are there any thoughts of expanding the number of members and maybe replace some programming with musicians?
The basic core of the band will be us because it is hard to find other partners that will agree with the aforementioned. Despite that we have and we do co-operate with other musicians such as the Jazz drummer Kostas Daskalias ,extreme drummer Shapeshifter and other musicians or artists in general. Of-course for future live shows we will use session musicians.

Have you contacted any labels? How do they see your different music? What are they telling you?
We have make contacts with labels and we have received a lot of interest but an official demo will be released on summer and then will see.

Close this interview with your own words….Free to speak ….
We want to thank you first of all for this very interesting interview that gave us the opportunity to express our thoughts and emotions. Now for anyone who is interested in hearing and downloading our music along with video and digital art or to join our thoughts for a ”gestalt” work of art, our site is www.abstruseweb.com  and our My Space is: www.myspace.com/abstruseweb

To all the supporters so far, we thank you for everything and watch-out for more darkness to come out!
TRANSGRESSION- DEMO RELEASED THIS SUMMER.ALSO AVAILABLE ON OUR WEBSITE.